Counter-Narratives and the Col du Tourmalet

Counter-Narratives in the Tour de France

This afternoon, home early from work, I watched the last 11km of the 174km 17th stage of the 2010 Tour de France from Pau to the Col du Tourmalet. The Col at 2119m is the highest road pass in the central Pyrenees and the gradient for the cyclists nearing the summit is 10%. At about 10km from the summit the Luxemburger Andy Schleck – wearer of the white jersey denoting best young rider of the Tour – made a determined effort to shake off the wearer of the yellow jersey, and a two-time previous winner of the Tour, Alberto Contador. In the overall classification Contador has an 8 second advantage over Schleck and if he could stay with the younger man on the vicious climb then he would be expected to win the Tour, as he is a better time trialist, on Saturdays time trial stage.
The two men locked horns, and ever upwards on the mist-covered mountain went wheel on wheel. Schleck did most of the work apart from one small burst ahead by Contador. This did not break the younger man. When Schleck pulled alongside Contador he looked across at the champion as if to say ‘who do you think you are?’ But Contador is the man. Through a narrowing corridor of running, clapping, flag-waving, streaking, screaming fans he stayed the course and they finished in the same time, to embrace, to wink at each other.
This was a real contest! I think! The effort expended by both men was almost superhuman in its application and achievement. But was it real? Of course it was real. Was it fair then? Of course it was fair. There were two of them it! Well then, can we believe that it was achieved without the use of drugs? Ah! Now there is the rub.
Cycling, particularly the extremes demanded by the Tour, has long been associated with the utilization of every conceivable pharmacologic and biologic agent that might confer an advantage to a rider, particularly a team leader. There was as a consequence a sense, almost, of a suspended reality – like playing a video game – watching the two men at the edge of their physical envelopes go beyond.
Beyond the horizon they cycled, above the ascent they climbed … into myth.
Once the race is over you wonder. Landis, Roche, Armstrong etc., etc… What is the truth, what is the myth? 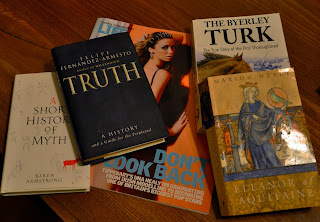 Counter-Narratives on a Wet Sunday
Recently, on a wet windblown July Sunday in Ireland, I got a chance to catch up with some of my reading. As always it involves dipping into three or four books at once, a completely inefficient way of reading, which involves a large amount of re-reading whenever I return to where I had thought I was.
One of these books was Karen Armstrong’s A Short History of Myth, published by Canongate. As an aside I liked the typeface of this book. Armstrong obviously generally submits such copious material to her publishers that they to save costs usually release them with a very narrow and condensed typeface as to make reading really tiring. This book is a pleasant exception.
In the very first paragraph, discussing our Neanderthal ancestors' burial rituals – it is thought likely some Neanderthals mated with Homo Sapiens – Armstrong writes,
‘…when these early people became conscious of their mortality, they created some sort of counter-narrative that enabled them to come to terms with it (death).’
And so there it is? Myths are an instinctive counter-narrative to truth-reality and an essential requirement of our being. Truth on the other hand – Felipe Fernández-Armesto considers it a property of language – is ephemeral because reality is contrived.
The Tourmalet mountain pass is a truth-reality, but Alberto Contador and Andy Schleck’s contest, or Eleanor of Aquitaine or the Byerley Turk are already myths. 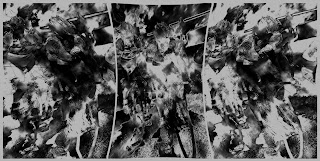