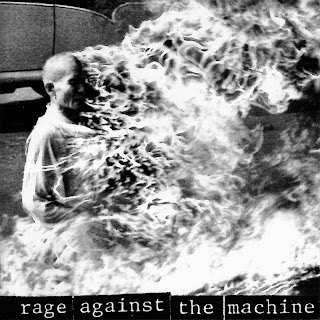 On December 17, 2010 Tareq al-Tayyib Muhammad Bouazizi, a Tunisian street vendor, self-immolated in protest at his humiliation by agents of the Tunisian state and died from his horrific burns 18 days later. It was the ‘spark’ that lit the regime-shattering Arab Spring of Tunisia and Egypt and the Summer of Libya. It was also the ‘spark’ that may yet herald the Autumn winds of change in Syria and Yemen, and a further Winter of discontent in Bahrain, Morocco, Algeria, Iran and possibly Jordan.

In the horror of his immolation Bouazizi’s death is reminiscent of that of Thích Quảng Đức a Buddhist monk who on the June 11 1963 in Saigon self-immolated in protest at the oppression of Buddhist monks by the then South Vietnamese Government, a sacrifice that ultimately brought down that government.

Each of these men in their way, had once existed as part of the body politic or society but because of oppression by their sovereign powers, they had decided to remove themselves from that power by self-sacrifice and by moving, as we say in Ireland ‘beyond the pale’, they effected change from without. They are or were what could be called Homer Sacer or sacred men. Men who according to early Roman law could not be sacrificed (Latin: immolare) by the State yet, if they were killed by a citizen, that citizen would not be punished. They were men subject and yet free of sovereign power, men at the intersection of individual human existence and the body politic. 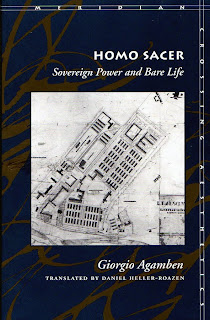 I am reading at present the Italian philosopher Giorgio Agamben’s Homer Sacer – Sovereign Power and Bare Life to try and get a considered perspective on where, in 2011 CE (1432 AH, 1727 Coptic, 5771 Jewish, 1381 Zoroastrian) we as individual human beings exist in relationship to ourselves and our societies, and where this is taking us for the future. Agamben argues that the very success of the development of the model of western democratic process was because it had to contend with certain individuals, refugees or exiles from society, who were beyond its rules. They could not be sacrificed by the Sovereign laws of the State but could be killed by a citizen of that State with impunity. He places the homo sacer at the polar opposite to the Sovereign.

I am not certain. These sacred men like Bouazizi and Thích Quảng Đức had both zoē, the primordial exceptional essence common to all individual living beings (men, animals or gods) and an acute awareness of the bios, the way of living within society. Yet they were prepared to deceive that society by self-sacrificing their individual being without sacrificing anyone else, as is the case with suicide bombers. They, by the very nature of that deceit, then became the ferrymen of democratic development and the embodiment of the protagonist/hero of a post-apocalyptic perspective. These sacred men ‘ignited’ a belief in the potential of a democratic process for their societies, a belief system that we in the West have allowed to congeal.

Agamben goes on to conclude that because modern democracy has allowed every exception to become a rule, and has in sovereign terms been determined to fuse the zoē of the individual human being with the bios of the society, that the outside and the inside have become indistinguishable and that we no longer live but are interned. He relates that there is no language to describe this fusion of the zoē and the bios, the subjective and objective being, and in a reflection of how language has texted (transformed) I can only comprehend the indistinguishable point were our inner and outer lives fuse as the Ampersand, the logogram &, the “and per se and’ or the “and &(symbol) which by itself is and.”

There is no doubt that the current discontent in Arab countries relates to the frustration, the exile of individuals existing in societies where control is despotic, where wealth is concentrated in the hands of an elite minority, and where the sovereign power has seized the outside, the Ausnahme. A seizure it must be said that was facilitated by post-enlightenment European colonial ambition and impotence and which in our ‘democratic’ societies has been by stealth.

I was listening to a spokesman from the Libyan Transitional Council speaking on the radio this morning dismissing the 1 million euro bounty placed on Muammar Gaddafi’ s head by Benghazi businessmen as a sideshow. Instead he reiterated the LTC’s ‘golden opportunity’ offer to one of Gaddafi’ s companions to either hand him over or kill him with a guaranteed impunity for all past crimes. In an ironic twist, Ben Ali in Tunisia, Mubarak in Egypt and now Gaddafi in Libya have now become the homo sacers of our western democratic process and conscience. They cannot be sacrificed (thankfully the International Criminal Court does not impose the death penalty) but they may be killed, like Saddam Hussein in Iraq.

Uncontained population explosion however, unemployment, disenfranchisement, an ‘internment camp’ political suppression, exhaustion of the mineral wealth that currently encourages despotism and the insatiable demands of India and China will, soon for most other Arab nations and a little later for western democracy in general, obliterate our capacity to re-invent ourselves.

Mad Max is waiting in the wings.

The development of the Ampersand & from ET
Posted by Roger Derham at Thursday, August 25, 2011