Windsong – Breath of Being (Chapter 29 – The Approximate Likeness of Being) 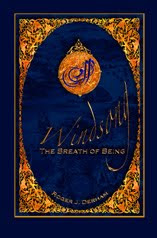