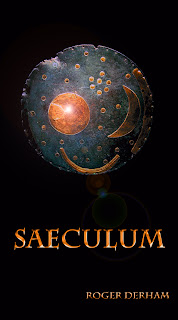 SOLI ORTUS (Sunrise)
CREPUSCULUM
EVENING TWILIGHT
IV
The only occupant of the room was a middle-aged man with short-cropped silver-grey hair. He sat in a high-backed swivel chair, which was turned away from the desk and which rocked back and forward with a slow rhythm as the looked out through the panoramic window of the elegant modern house situated on the Utliberg Heights above Zurich. He had an uninterrupted view of the Zurichsee Lake below as it stretched away to the southeast and in the far distance he could just make out the Glarnisch crest. He was thinking of his ski lodge in the valley of Flims beyond the crest when the intercom on the walnut desk activated. He swung around, away from the window and pressed a button on the console panel. “Yes, Fraulein Schmitt,” he said a little tersely.
“Your call to Granada sir!”
“Thank you, Fraulein Schmitt. I will take it on my personal line. You may go home now.”
“Yes, sir. Thank you, sir. I’m transferring the call through now.”
The silver-haired man removed the dark tinted glasses that he wore and laid them on the table. He allowed the telephone to ring a couple of times before picking it up. “Hello. One moment please caller,” he immediately said as he put down the receiver, loosened his tie, stood up and walked across the room. He opened the door that connected to his secretary’s office. Satisfied that she had left he returned to his desk and settled into the swivel chair. He picked up the phone. “Go ahead, caller.”
“Am I speaking to a friend?” a female voice asked.
“The beginning of love is search – ” the silver-haired man answered.
“But the end is rest.”
The silver-haired man smiled as he heard the familiar code words. “Masa ’l-khair, Solis sitti,” he said warmly.
“Masa ’n-nur, Sahib al-Zuhur baik.”
“Have you any progress to report?”
“Yes, but I am not sure that this line is fully secure.”
“There is no evidence of that at my end Solis but be discreet and I will understand.”
“As you wish, Sahib al-Zuhur. I arrived back yesterday morning but was unable to contact you before now. I met with our horticulturist, as we had arranged, and that meeting was successful and very helpful. His information is that the effect of the new fertilizer on the crop growth has exceeded all expectations. He is prepared to provide us with samples but has indicated that the cost of harvesting has increased significantly however.”
“The horticulturist is getting greedy. Is there any danger of cross contamination in the seeds? ”
“Not so far. If I do suspect that, then, I will cancel the order, permanently. ”
“That is good. How did the other meeting go? Did the wholesaler arrive?”
“Yes. Your information was accurate. He was there as anticipated. How did you manage to arrange it?”
“Alvorro . . .” A look of irritation creased al-Zuhar’s face. This was a mistake of his own making. He brought his hand up and ran it through the silver-grey hair. “I was owed a few favours. How did that meeting go?”
“The fruit is ripe for picking.”
“Very good. Proceed with caution Solis, as the market is a bit saturated at present and I do not want to alert any competitors. I have made an offer to the other partners of our friend for their distribution rights and demanded a quick answer. Let them apply the pressure on the wholesaler. Do you agree?”
“Yes. I will be able to monitor the wholesaler’s response at my end.”
“And Zoë?”
“She has watched my back.”
“I have to be in Corsica by next Friday and would like to meet you both there, either on Friday or Saturday.”
“Why Corsica?”
“I will explain when I see you. I’ll leave a message on your answering service on Thursday as to the time and place. We need to discuss a strategy as I have arranged for a further meeting with the distributors for the eleventh.”
“Where?”
“New York.”
“That’s fine by me. By the way, will I arrange for the horticulturist to come to Corsica as well?”
“Yes. That’s a good idea.”
“Fine. I will see you then.”
“Solis.”
“Yes.”
“Bring your dowry. It is time for the joining.”
“Perhaps! Mesik bil-kher, ” the female voice said as the line disconnected.
“Messak Allah bil-kher,” Al-Zuhur said as he replaced the receiver.
Posted by Roger Derham at Sunday, October 16, 2011