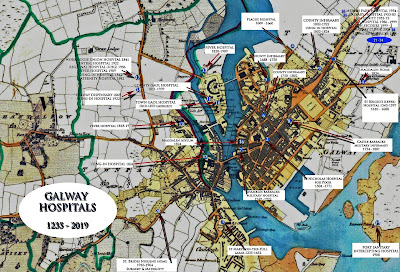 GALWAY HOSPITALS
1235 - 2019
The very first recognised hospital in Galway, a Lazar, or house for Lepers was opened by the Premonstratensian Order on St Marys-on-the-Hill (now the Dominican Church) in the Claddagh in 1235 on land (outside the city walls of course) donated by the O'Halloran clan (Clan Fergail) on whose tuath or territory Galway city developed. The other Lazar was St Bridgets on Prospect Hill, also outside the city walls, opened in 1542. There were many temporary workhouses established during the famine years 1845 -1849 which would have had dedicated fever beds to deal with typhus and dysentry cases that the main fever hospital or temporary workhouse fever sheds could not cope with. The most recent hospital development is the 2004 Galway Clinic in Doughiska in the eastern suburbs. 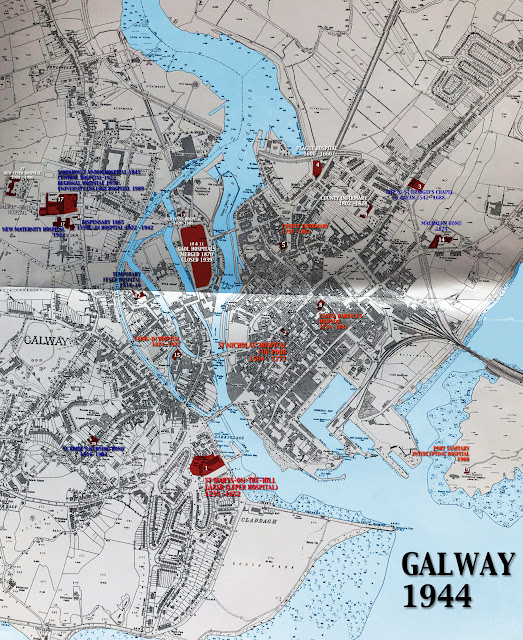 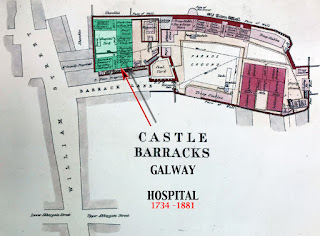