REVOLUTION AND FAILURE: THE MARTYRDOM OF EQUALITY 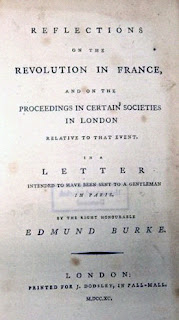 "Society is, indeed, a contract… Each contract of each particular state is but a clause in the great primeval contract of eternal society, linking the lower with the higher natures, connecting the visible and invisible world, according to a fixed compact sanctioned by the inviolable oath which holds all physical and all moral natures each in their appointed place."
The Works of the Right Honourable Edmund Burke. Vol III. John C. Nimmo, London 1887

Edmund Burke, the Irish-born statesman, political theorist and philosopher wrote these lines in a monograph entitled Reflections on the Revolution in France in November 1789 but which he delayed publishing until November 1790. The monograph decries the violence and conduct of the revolution in France, by advocating the necessity of a constitutional monarchy, but at its heart was an examination of the nature of revolution as a means to effect change in society. The pamphlet was to provoke responses by Mary Wollstonecraft with her Vindication of the Rights of Men in late November 1790 and Thomas Paine’s Rights of Man of March 1791 and Feb 1792.

One of the most fundamental acknowledged rights of mankind is, as detailed in Article 1 of the Universal Declaration of the Rights of Man: All human beings are born free and equal in dignity and rights.

Equality is seen as the cornerstone of all society.

Perversely all revolutions that have occurred in history to change what could be classed as Burke’s societal ‘contract’ for that particular society have stressed the absolute equality of all participants in that revolutionary process. And yet in the accomplishment of that revolution the very seeds of its failure are sown.

Almost immediately, and one does not have to look back in distant history to recognize this pattern but only to analyse the very recent revolutions in Tunisia, Libya and Egypt, where a post-revolutionary hierarchy of participation is engendered all with an enormous sense of entitlement, and as a consequence a demand for a moral and legal tiering of that entitlement within the new society.

Montesquieu (Charles-Louis de Secondat, baron de La Brede et de Montesquieu d.1755); one of the lights of the Enlightenment whose work influenced both the French and American Revolutions, wrote in his 1734 study on the fall of Byzantium,  Considérations sur les causes de la grandeur des Romains et leur décadence that,


"Revolutions created more revolutions, so that the effect became the cause."

I remember when travelling in Iran a number of years ago talking to disaffected Iranians who decried the preferential treatment given to the families of Martyrs of the Islamic Revolution for access to education and health services through the Bonyad Shahid va Omur-e Janbazan, or Foundation of Martyrs and Veterans Affairs which also incorporates the Bonyad Shahid va Isaar-Garaan (Foundation of Martyrs and Affairs of Self-Sacrificers).

Martyrdom is a very important aspect of revolutionary change in Islamic society and it is propagated particularly in Iran. Within the Iranian Constitution Preamble a figure of 60,000 martyrs is enshrined as the Price The Nation Paid in the Constitution to achieve the revolution over the Shah yet the most up-to-date estimate of the actual numbers of those killed in pursuit of the revolutionary change to be about 3200. There were however up to 1,000,000 dead and wounded as a result of the disastrous Iran-Iraq War of 1980-88 whose dependents are also catered by the Bonyad Shahid, including the families of the teenage Baseeji youths who walked onto minefields in order to clear them knowing they would be 'martyred' in the process.

This veneration has perpetuated the ‘mill-stone’ of subsequent unequal entitlement that has occurred and the enormous emotive and economic power delegated to the Bonyad of Martyrs (the Foundation controls nearly 100 commercial companies) is creating the seeds of discontent, which will surely result in yet another revolution; it is only a matter of time, the effect will become the cause.

But the commemoration of revolutionary 'martyrdom' is not just an Islamic tradition. Ireland remembers the leaders of the 1916 Easter Rising (Revolution) who were 'martyred' for the cause and indeed every year I receive my family's invitation to the commemoration ceremony on account of the fact that my grandfather was a member of the General Post Office volunteers and also was involved in the landing of the guns from the Asgard. This attachment to remembering revolutionary sacrifice does not however come with economic or health benefits nor do I ever sense a personal advancement because of that association. America is no different. They remember their Revolution with the Founding Fathers, and the still extant organisations such as the Sons and Daughters of the Revolution. Even the very terminology implies an almost patriarchal hierarchy of social stratification following the revolutionary change.

In revolution and also in democratic change, Edmund Burke’s contention that there is an “inviolable oath which holds all physical and all moral natures each in their appointed place” anticipates that in any societal contract true equality can never be achieved, and as a society we either should stop looking for it, or accept it purely as aspirational.

This is a bitter truth. As an individual member of society, acceptance of the status-quo, either the old or the new, grates, and you do what you can to perpetuate equality and on that basis all our ‘rights’. When frustration with inequality moves beyond self, beyond family, beyond clan and is cloaked in a communal desire reaction then revolution occurs. And yet like magma cooling, the force is spent and a base human desire for acknowledgement of sacrifices made overwhelm, and recompense demanded, even if that means denial to someone else who has not achieved the same ‘notional’ level of sacrifice in the service of the revolution.

To exist is not to be equal, revolution is not realignment, and the only true equality in existence is its end. 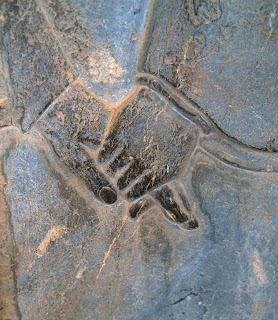