This rihla is about Ho Chi Minh City, Vietnam. 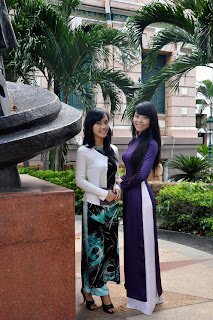 I like the energy of Ho Chi Minh City, the former Saigon. Since the demise of COMECON, the Soviet Block equivalent to the EEC, in 1991 Vietnam has gradually but inexorably developed into a free market economy. It joined the World Trade Organisation in 2006 and it is forecasted that it will be the 35th largest economy in the world by 2025. Vietnamese will eat anything as long it is cooked with care and the major difference in the culinary repertoire in the south since reunification is the establishment of dog-meat restaurants, a previous preserve of the north. 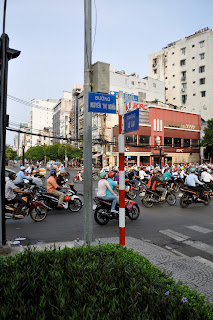 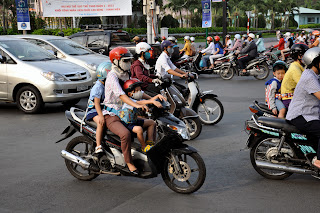 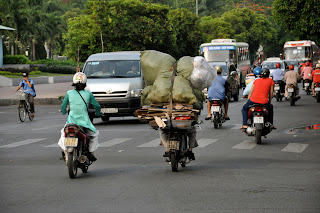 I was sitting in a café at the intersection of Nguyên Thi Nghîa and Lê Lai avenues in District 1 of Ho Chi Minh City at evening rush hour and it was easy to imagine that most of the city’s estimated 4 million motorbikes (all generically known as ‘hondas’) from a total population of 7.5 million people had descended at that point to disperse.

Whole families appear with children strapped in, or vendors with mountainous stacks piled perilously high, or girls in purple traditional costumes and personalised helmets, all with a purpose, a destination. Most move in straight lines but then suddenly some weave left, some right into gaps or directions you do not see but which open up and swallow them, disgorging on the other side. 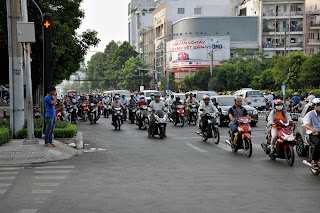 I had been at the same intersection earlier that day at morning rush hour and the effect was the same. When I mentioned the chaos to a friend later, he agreed and suggested that when the lights go green it was like watching flocks of starlings expand and contract in the autumn sky not knowing where next they would head.

The sky-displays by flocks of starlings, their course and speed being dictated to by the movement of their immediate neighbour, are known collectively as murmurations and it is as apt a description for the behaviour and visual impact of Saigon motorbikes on the move as you can get. 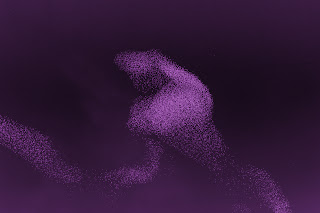 Whenever I see a flock of starlings take to the sky I associate a colour with them and think of the purple patches that stain the walls and roof of our house most autumns from the sediment of blackberry-gorging and disgorging birds and as I sat drinking my strong and delicious Vietnamese coffee waiting, not wishing, for an accident that never came I watched the motorbike ‘murmurations’ and the colour orange came to mind: the notorious Agent Orange that the American military had tried to defoliate Vietnam with during the war but because of high contamination with 2,3,7,8-tetrachlorodibenzodoxin (TCDD), an extremely toxic dioxin compound, has left a teratogenetic human devastation in its wake.

Earlier in the afternoon I had visited the War Remnants Museum in central Ho Chi Minh City. 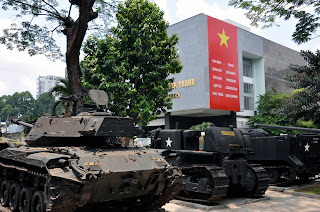 On your immediate left after you climb the steps to the foyer is a craft shop run by the orange tee-shirted mutated children of parents who were exposed to Agent Orange during the war. To the western eye the site-specific theatrical presentation appears a little gratuitous, and manipulated, but on stopping to talk to one of the participants, a 30 year-old man with no arms or legs, you suddenly become aware that the participants believe profoundly in trying to educate the public about the consequences of chemical warfare. 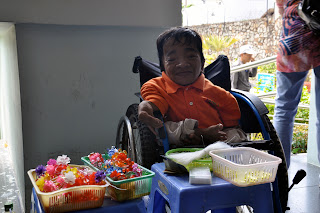 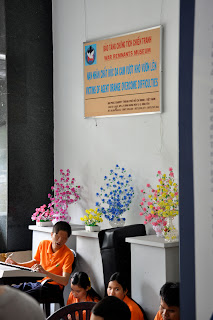 He told me that it was his father that had been exposed to the agent and not his mother and that his brother, who remained hidden behind the craft shop counter, was worse off because he was also without one eye. Thereafter the museum displays, the horrific reminders of war, remain entirely in context. 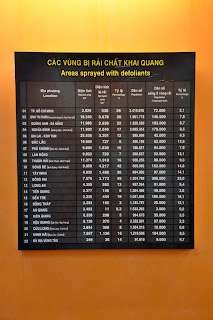 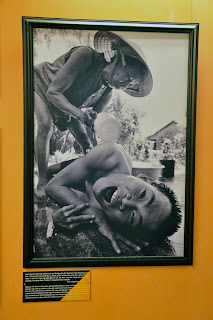 One of the upper floor sections of the museum dealt with the collected letters, photographs and posters from around the world of individuals, groups and nations who had protested against the Vietnam War and had expressed their solidarity with the Vietnamese people. There was nothing from Ireland that I could find but there was a picture of a anti-war protest group in Aleppo, Syria and given the circumstances in that city and Syria in general at present I found that image the most thought provoking. 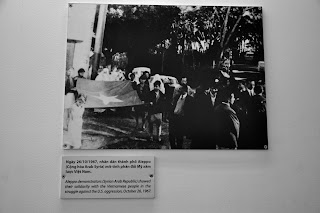 On returning to Ireland I watched last week as President Obama declared that a ‘Red Line’ had been reached in the Syrian struggle and that the use of chemical weapons against its own citizenry, if proven, had created the necessity and rationale for international intervention in the country.

I thought back to Lê Lai avenue, to the ‘honda’ murmurations, and to the deceit of colour.

Lê Lai was an early 15th-century Vietnamese general who in an act of bravery dressed himself up as his Emperor Lê Loi to deceive the invading Ming army, charged down a hill to his eventual capture and execution, but in doing so allowed the Emperor and the bulk of the Vietnamese army to escape to fight, and win another day.

In a more general optical deception colour is not really colour, by which I mean that if we were to say that ‘I have a red hat’, we automatically assume that the hat has an inherent property of redness contained within. But in fact it is the exact opposite. The hat only appears red because the material or pigment of the hat has absorbed all of the other colours of the spectrum excepting red. So in essence the inherent colour property of the hat is actually blue-green-yellow-indigo-purple-orange etc. etc and its redness is its default or deceit position. 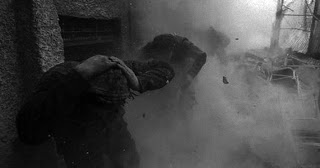 Do not get me wrong. I think immediate intervention in Syria is entirely appropriate and warranted but any rationale based on a greater moral impunity by the US is a deceit of what has constituted a ‘red line’ in the past and is undermined by the US sanction and use of chemical agents against the Vietnamese in that war. Maybe the lessons have been learnt.

I wonder however what would have been thought if President Obama had said an ‘Orange Line’ had been breached. 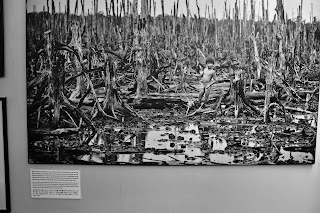