The Simurgh and the Nightingale (Part 8) 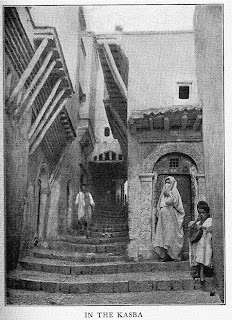 Chapter 13
Algiers. 15th May 1632
Catherine was walking down the hill towards the road that would take her to the western gate. She was accompanied by one of Bitchnin’s negro harem eunuchs and they were hurrying as the rapidly setting sun would soon mean the night closure of the gates. It never ceased to surprise her how, even when bathed in full daylight, this city of beautiful white-faced houses, could be linked by such a maze of narrow streets which all appeared to descend into an abyss of darkness that only occasional glints of sunlight penetrated. Murat had explained to her on one of her first forays that a city built this way was easier to defend in case of attack. She had been to the pharmacy attached to the hospital in the Grande bano to obtain the supplies she required. Ahead of them a group of short dark men in baggy trousers were also rushing to the gate. She recognised them as being beni m’zab - Berber tribesmen of the separatist Ibadite Islamic sect from Ghardaia on the oued m’zab. Catherine knew that they worked in the slaughterhouse in Algiers but refused to pray in the city’s mosques or stay in the city at night. Their shrouded rushing movements reminded Catherine of the plague-fearing grave diggers of Dublin.
The months of captivity had passed swiftly and between her work in Bitchnin’s bano hospital and visiting the sick in their homes in the city she was always occupied. Although because of Islamic reservations she was not allowed enter the hospitals of the other banos, Ali Bitchnin had recognised her abilities and allowed her full access in his. She also made visits to treat the rich women of the city and increasingly their husbands came to her, secretly, for eye cataract surgery - for which she had gained a fine reputation. Catherine had been given her own quarters in the harem which was situated as an annexe to Bitchnin’s seraglio. He was well paid for the medical services that she provided but always ensured that she received a share. The three-cornered hat that she wore while working in the bano represented a professional acknowledgement and ensured a measure of freedom that most captives could only dream of. 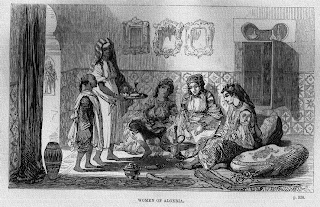 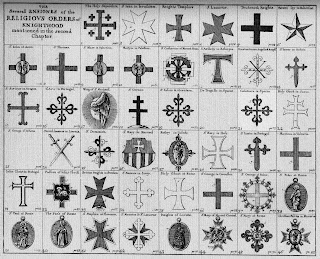