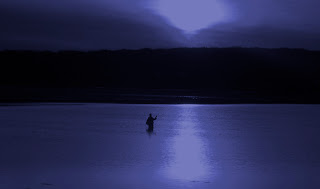 As I age my perception of aging changes. For example, both physically and metaphorically, the renewal of a prescription for reading glasses is often a waypoint on that journey. As I sit there trying to focus on command other perspectives often intrude. I am sometimes distracted by myself, or a transcendental version of myself looking at me through the eyes of 12, 18, 30, 40 year-old. Is it pity I see? Or intrigue? Or a smirk at the vanity of choosing a frame?
Getting old is inevitable, its impact generally gradual, but occasionally may be sudden, chaotic and overwhelming as in someone who experiences a stroke. Much is within our control, but equally much is beyond. After living with us for 14 years my mother-in-law at 93 has recently had to be admitted to a nursing home because of severe and progressive dementia. On some occasions when I visit I have a strange visceral sensation of her paleness, as if her physicality has somehow merged into a twilight, where the definition between night and day, between sleeping and waking, between death and life is so blurred as to be a state in itself.
William Butler Yeats in his poem The Magi had the following lines:
Now as at all times I can see in the mind’s eye,
In their stiff, painted clothes, the pale unsatisfied ones
Appear and disappear in the blue depth of the sky
With all their ancient faces like rain-beaten stones
I wonder whether when it’s my turn will I exist in a pale, unsatisfied evening twilight or will the colour of my morning dreams remain.
To explain this chosen imagery a little in times past night was divided into seven stages. The first of these stages was called crepusculum, that is evening twilight. The second is vesperum, when the evening star appears in the evening. The third was conticinium, or silence. The fourth was intempestum, midnight and the fifth gallicinium, or cock-crow. The sixth was matutinum celebrating the dawn goddess Matuta. The final division was diluculum, or dawn twilight.
As in life evening twilight varies on whether you are standing (civil twilight is until the sun drops 6º below the horizon), swimming (nautical twilight is until it is 6-12º below) or flying in space (astronomical twilight is until the sun is 12-18º below). The accusation of paleness associated with age and cruelly used by poets and polemists, for a perceived deterioration in the physical and intellectual being of oneself, can all be but erased by holding out in space for the dawn twilight, diluculum, the two lights, that within and that without.
Posted by Roger Derham at Monday, February 16, 2009