The Simurgh and the Nightingale (Part 26) 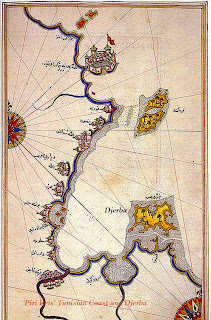 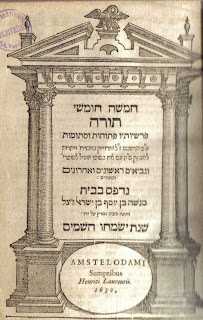 A Book by Menasseh ben Israel (1604-1657)
A voice from the shadows sighed. “Kezeh - ha - arez. I would like to have gone there.” Issac smiled. “Yes Elias. Angle-terre. No longer the ends of the earth mind you, it is none the less, a very powerful country. Getting our people back in would be a great step.” He paused for a few moments. “I was also privileged to be the tutor of quite an extra-ordinary young student called Baruch Spinoza. For one so young he carries a fearless pursuit of the truth in his veins and in the century to come he will be, as Maimonaides was, the torch-bearer of our Path.”
Silence descended. Issac stood up. “We are all tired and hungry. Return to your lodgings. We will meet with our sisters in public council tomorrow at the synagogue and God willing will open this temple again in three years. Retrieve - ” Issac was suddenly interrupted by the strident voice of one of the younger members. Issac recognised it as belonging to David ben Levi who had responsibility for the Balkans and Russia. “What ever happened to the Jesus megilloth ?”
Issac had not thought of his friends for many years. “They are in the Library of the Franciscan Church in Ragusa, secreted amongst the legacy of Queen Catherina Cosaccia of Bosnia.”
Ben Levi persisted. “Should we not endeavour to retrieve them at this time? ”
Issac shook his head. “I promise you that they will return to our care within a generation. For the moment the megilloth are safe and I have an angel watching over them.”
More than one voice called out. “Who? ”
“Maryam. Daughter of our brother Arif.” Issac turned to look at the tall black council member - from the Ethiopian highlands - who sat in the nearest recess to his right. There were no further questions. Issac took one last look around the chamber before continuing. “Brothers. The yeshibah is closed. Come forward from the shadows and retrieve your sandals.”
All stepped forward to kneel - one at a time - in front of Issac. Each in turn held out his hand, palm upward and squeezed the back of Issac’s left thigh. They then retreated and gathered their footwear. Once reshod the council members linked arms and formed a circle around the menorah. Issac also stepped forward and entered the circle. As he doused the candles he dismissed them with his final words, “We love God through the knowledge we have of him, and as the measure of the knowledge so is the measure of the love.”
©R.Derham 2001,2009
Posted by Roger Derham at Thursday, June 25, 2009