PEOPLE RUN - The Poetry of the Refuge and Refuse of War

This is a slightly sombre post, inspired in the main by finding – while shopping in a local small bric-a-brac shop for Christmas presents – a 100 year-old First World War 'specially enlarged' Christmas Edition 1915 of The War Illustrated a large portion of which was dedicated to the poetry of the duty owed and 'heroic' deaths of that war, and the jingoistic deceit of the editorial choices. 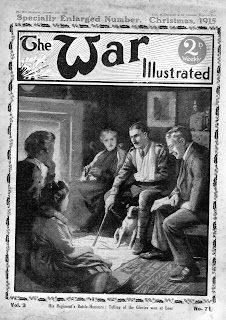 There were very few "Glories" won at Loos. The Battle was the first time the British army used poison gas and by the end of the offensive there were about 59,000 British (English, Scots, Welsh, Colonies and Irish) casualties and nothing gained. In one 4 hour period alone 8,000 men lost their lives. In addition there were 51,000 German losses. To what end? 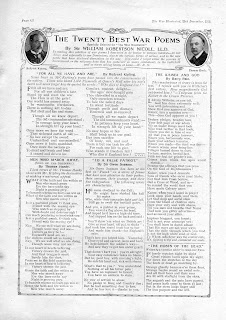 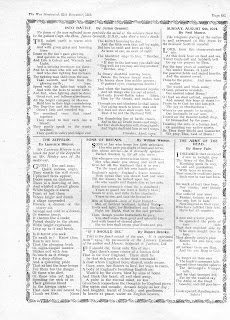 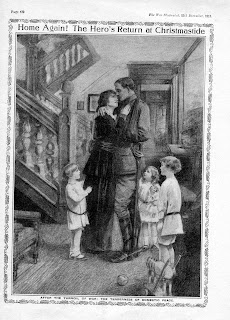 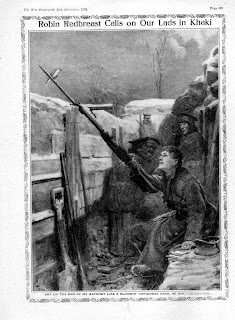 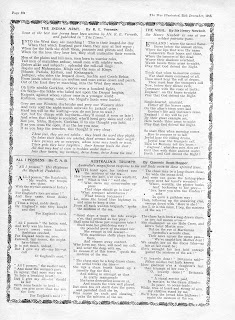 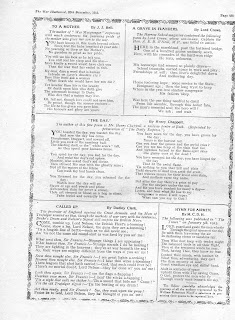 Early in the First War the combination of duty, heroism and poetry was abundant and it was only later towards the War's end, an end mired in the toxic sludge and killing grounds of Flanders that the work of Ledwidge and Sassoon would bring a far greater realism to the carnage and refuse of war. Less remembered for his war poetry is perhaps Patrick MacGill, the Donegal "navvy", poet and novelist, after whom the famous MacGill summer school is named, and who was wounded at the Battle of Loos while serving with the 1st Battalion London Irish Rifles. In 1917 he included the following lines in his book of poetry "Soldiers Songs" :

BEFORE I JOINED THE ARMY
I LIVED IN DONEGAL,
WHERE EVERY NIGHT THE FAIRIES
WOULD HOLD THEIR CARNIVAL.

BUT NOW I'M OUT IN FLANDERS,
WHERE MEN LIKE WHEAT-EARS FALL,
AND ITS DEATH AND NOT THE FAIRIES
WHO IS HOLDING CARNIVAL. 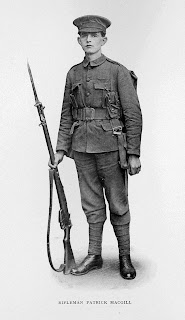 War is Death holding carnival and includes in its revelry combatants and non-combatants alike. And those that avoid Death's dancing have to try and find a way to flee, to survive, to become refugees from the sickening celebrations. 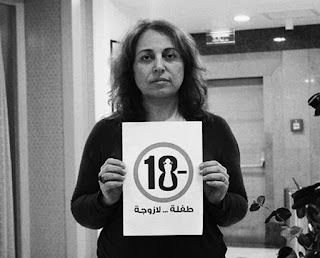 I recently came across a poem by Khawla Dunia, a Syrian Alawite activist, called SNIPER, translated by Mojha Kahf:

FINGER THAT DOES NOT REST
LIMB THAT LEANS ON FATE,
A FATE RULED BY A DUMB RIFLE, AND YOU
HAVE YOU KNOWN WHO I AM?
WHO TAUGHT YOU WHAT YOU ARE DOING TO ME?
WHO FROZE YOU IN THE BLUNDER OF THIS MOMENT?
THIS MOMENT WHICH JOINS US:
YOUR EYE,
A BULLET,
AND ME
IT IS THIS MOMENT, THEN,
THAT UNITES US.
IT DIVIDES ME FROM MY DREAM,
AND GIVES YOU YOUR NAME,
SNIPER.


It reminded me so much of a time in June 2007 when visiting Sarajevo to see my daughter who was working for the War Crimes Chamber. I remember vividly the sensation of walking down between the pock-marked buildings that lined the roads of so-called 'sniper-alley' in the city and the killing ground that  it provided to Serb-affiliated forces to render people from their dreams. 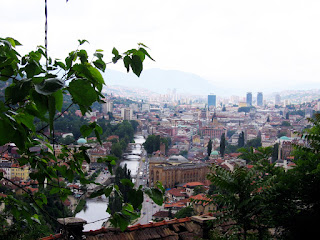 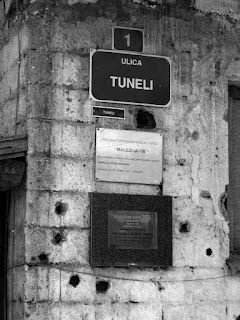 
And now Syria is even worse. Different factions, different international actors, different faiths, same senseless rationale all destroying each other. 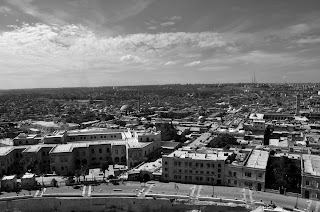 Looking north across the city of Aleppo from the top of the citadel in 2010. 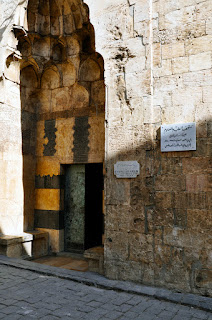 Aleppo had undergone a huge period of expansion and restoration since the end of the Second World War but now those Syrian streets and buildings are now mostly once again destroyed and the dreams of renewal rendered by ballistics. Those dreams of the inhabitants, the citizens, have become the nightmares of refugees and the stateless, drowned on a lonely beach off Turkey or interred in a squalid internment camp in Jordan, Lebanon or Croatia. When dwelling on the refugee's plight I have often thought of the last five lines of a recent poem called PEOPLE RUN by Michael Rosen about his own family's experience as refugees of war:

This is the truth of war: Where refuge and refuse are considered one in the same! It is my hope in 2016 that I personally, and we in the EU continue to help in any way we can.

Posted by Roger Derham at Thursday, December 24, 2015 No comments: 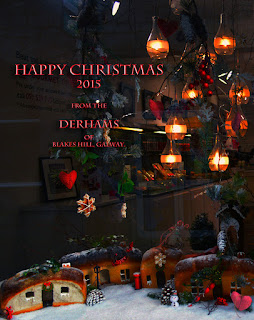 Posted by Roger Derham at Wednesday, December 23, 2015 No comments: