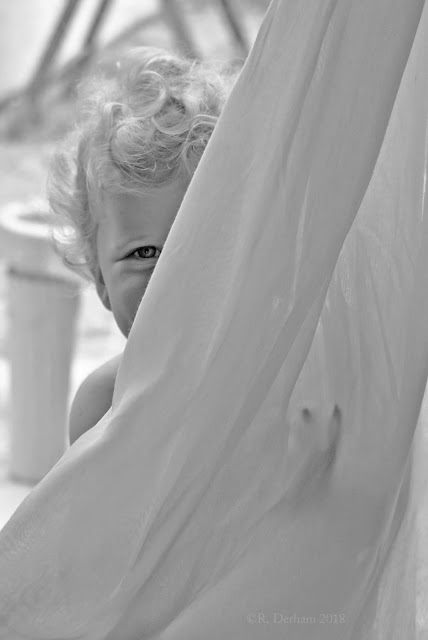 My Grandson Arthur half-hiding as in "I really want to be found". 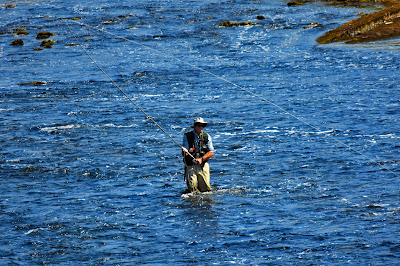 Some of the best journeys you can take are those closest to you, and for the salmon perhaps one of their longest. This Rihla is about the fishing for Salmon, in particular about the origins and history of the "several" or exclusive fishing rights of the Galway weirs. 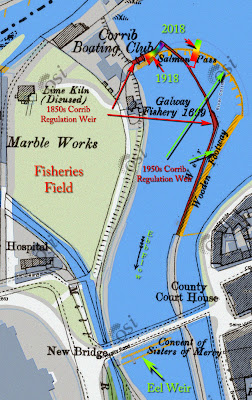 The waves formed by the galleys and cogs of William the Bastard’s (William the Conqueror) fleet reaching across the English Channel and landing in Pevensey Bay in East Sussex on the 28thSeptember 1066 are still (metaphorically) flowing into the tidal estuaries of Ireland almost 1,000 years later. In taking the Crown of England William made sure that he took everything to the Crown.


Aside from William himself the Norman baron’s that landed with William were allocated huge tracts of land by conquest and were also armed with a legal play-book. Norman-French law was to hold primacy on the ‘legitimacy’ of this but it made sense to the barons that the day-to-day control of the lives and livelihoods of the local people, markets, villages and towns should incorporate the usage of pre-existing Saxon laws in the case of England and later the Brehon laws in the case of Ireland. 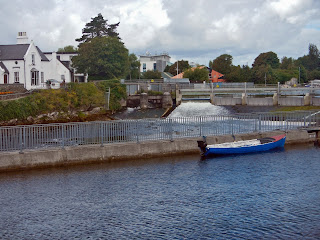 Felony for example originated in the word Saxon words fee for landholding and lon for price. When combined the meaning of felony came to be understood as an act or omission that could result in loss of property. Conquered peoples, if they resisted the Norman encroachment, were considered individually and collectively of being treasonous to the Crown. In addition any breach of the criminal law was deemed an offence against the King’s peace, a felony and thus along with treason subject upon conviction to forfeiture of their property both real, and incorporeal such as fishing rights. The justification for such forfeiture, could be minor especially if a Norman baron thought there was profit in it.
Where inland rivers and lakes were concerned the fishing rights were the property of the owner of that land and if two properties were separated by a river or a lake those rights extended half-way across that river or lake. A permanent right of piscary, from the medieval latin piscaria or fishing rights, in law the right to fish in another’s water for free, was rare and always depended on permission from the landowner (riparian), where a formal transfer of the river or lake rights was made into the commonweal and in the even rarer case of unclaimed water.
Rivers sections that were subject to tidal ebbs and flows were considered part of the sea and all rights and resources of the sea were initially considered Crown property. When the Norman baron’s revolted against King John’s determination to extract every possible tax from the resources of England one of their main concerns was his determination to keep the profits and ownership of all tidal estuaries and rivers in Crown hands. The barons were determined to wrest back control of their lucrative salmon fishing rights by inserting a clause that would dismantle the Crown ownership of tidal rivers and would prevent future ownership. 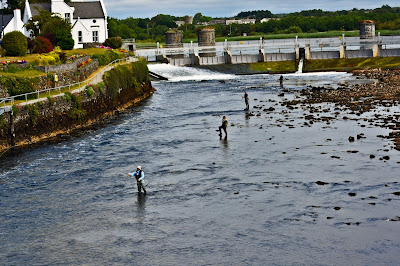 In June 1215 the Magna Carta Liberatum (the Great Charter) was first promulgated, as a treaty between the English crown (King John aka John Lackland) and the barons.

which when translated meant "All kydells  (fish weirs) shall be removed from the Thames, the Medway and throughout the whole of England, excepton the sea coast."