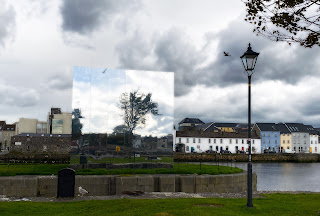 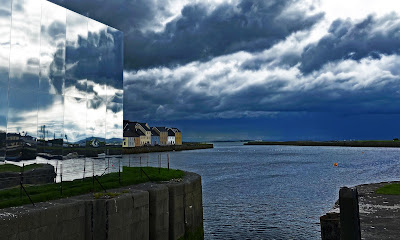 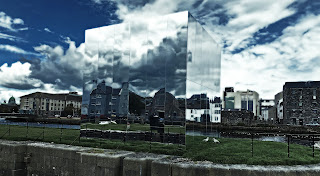 Like something from Kubrick's 2001– A space Odyssey the conceptual artist John Gerrard installed a reflecting and reflective existentialist 'CUBE' as part of Galway 2020 - Reimagined. It is to be dismantled soon. It has been a curious addition to the landscape but like one of Kubrick's monoliths has perhaps left more questions than answers!

Posted by Roger Derham at Friday, September 25, 2020 No comments: 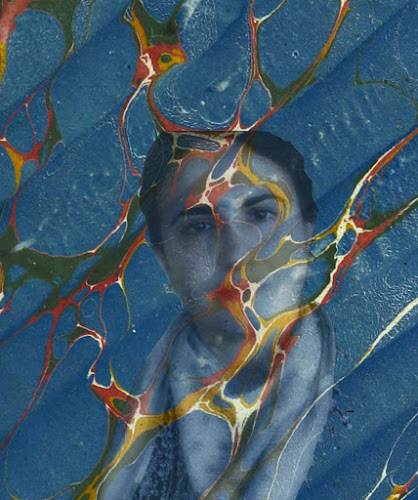 Burden or grace no more.

The spaciousness of the steppe

and creation missing in the steppe.

– From the poem Senin Birakilman in How Abraham Abandoned Me by Bejan Matur and translated by Ruth Christie with Selçuk Berlingen.

In pursuit of a current recidivist Turkish political will to direct and control a systematic ethnic genocide of the Kurdish people, who in many cases in eastern and south eastern Turkey in particular, ironically occupied the suddenly abandoned lands of the Armenian people, who were subjected to previous genocide in 1915 by a former Turkish political will. This recurrent fault line in Turkish polity renders the aspirations and rights of individuals and of peoples to a similar fate as much as the seismic shifting of tectonic plates under Iznik and Istanbul.

The malignant will of the Turkish state has sundered the life of Ebru Timtik, a 42 year-old Kurdish lawyer, who died after a hunger strike lasting 238 days. She had initiated the hunger strike in January 2020 in pursuit of a fair trial following her arrest and detention in September 2017 and conviction and sentencing to 13.5 years in jail at a trial conducted in March 2019; a trial conducted without process, without hope and without justice.

Ebru her first name, derives from the word for "cloud" but is also a word that means marbling, a Persian and then Ottoman process of painting on water and then transferring that painting to paper. As all our lives show, the patterns although planned have a will of their own. Marbling is also I suppose a signpost of death, a mile marker on the path from mortality to immortality.

To be a martyr ( Gr: martys;  Syriac: sāhdā; Arabic: shahīd [s.] shuhadā [pl.];Kurdish: şehîd) means to be a “witness” . In Islamic law shāhid “to witness” is also the paramount medium of legal evidence. Ebru Timtik is such a shahīd who tried to give witness, shāhid, to the injustice of the state. 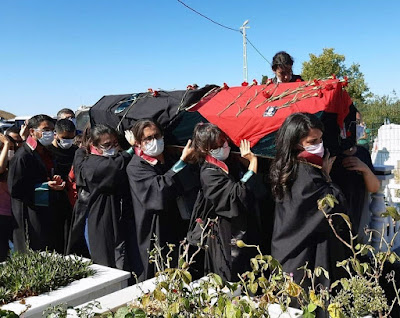 Even in a State of which she was a citizen, she died far from home in a foreign land that was her land, denied justice and fairness and life by that State.

Note: Bejan Matur is Turkey's premier poet, a Kurd and also a lawyer. Her book of poems from which a part poem is used above is published by Arc Publications 2012 (www.arcpublications.co.uk)

Posted by Roger Derham at Thursday, September 10, 2020 No comments:

THE LANGUAGE OF LOST SHELLS 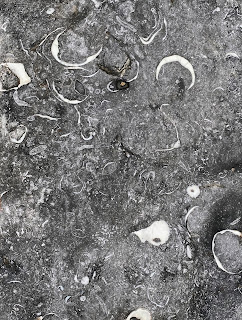 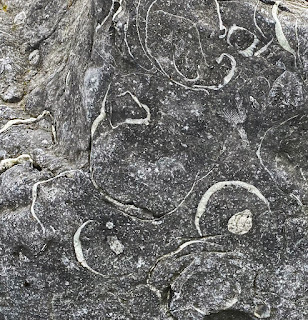 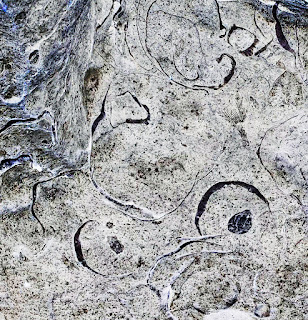 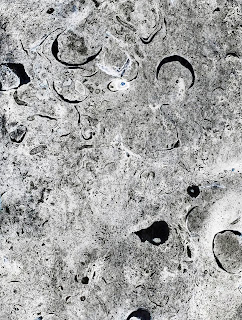 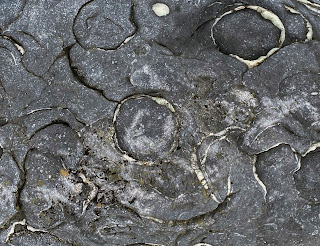 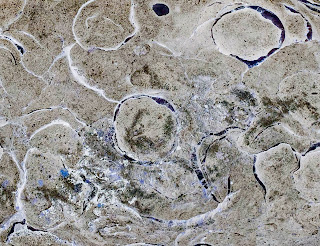 Walking on the shoreline yesterday, near the site of Roscam Abbey and Round Tower to the east of Galway city, I couldn't help speculating when looking at the shapes and random contortions of these limestone encapsulated sea shells in boulders at the high water tideline about the possibility of a lost language or encryption of our landscape. Roscam Abbey was the objective of one of the first Viking raids in Ireland in 807 ce and the documentation of that recent history pales into insignificance against the possibility of a language of epochs.

Posted by Roger Derham at Friday, September 04, 2020 No comments: