This rihla is about Iran. 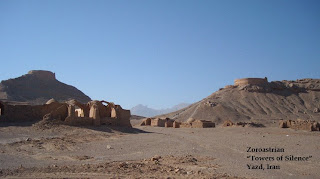 After 4,000 kilometres of travelling the high plateau and even higher mountains of Iran and touching ever so briefly on invasion and erosion-spared remnants of 4,000 years of history that is Persia my overwhelming sense of the place and the people, beyond the enormous impact of the physical and socio-economic geography, is that of ghayb, the unseen. (I am enormously grateful to Jason Elliot’s evocative and provocative book on Iran, Mirrors of the Unseen for introducing me to this concept and encapsulating what I could feel but not vocalise adequately while there. This is a book worth reading!)
Beginning with the descent into Imam Khomeini International Airport and the chaos that is the traffic and smog-enshrouded hell of modern Tehran and ending by interrupting my journey home to spend an equally chaotic Sunday afternoon at the Shah ‘Abbas Remaking of Iran Exhibition at the British Museum I am left with an overwhelming sensation of hidden voices whispering in my ear. Voices that are in equal amounts welcoming, exciting, colluding, revolutionary, sensual, and yet so pragmatic that any previously held perceptions of Iran are, at this point, spinning in a dust devil somewhere on the outskirts of Yazd. 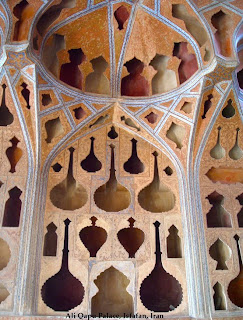 Arabic poetry and theology has a word for these voices – hatif – yet in older Persian literature the equivalent concept is soroush, which has its origins in the Sraosha divinity of Avestan and Zoroastrian traditions where he is associated with ‘good words’, the standard-bearer of truth, and the guide who accompanies the soul across the Chinvat bridge of judgement. I dwell on this concept a little as when travelling with my not-so-silent Shirazi guide (his pet-dislikes in descending order were non-engineered roads, mullahs and Turks all of which appeared to loom larger in his perceptive landscape the further north we travelled from Shiraz!) on the road to Takht-e Soleiman he began reciting Hafez,
Biyaar baadeh keh doosham soroush-e aalam-e ghayb
Navid daad keh: ‘aamm ast feize rahmat-e ou
He translated,
Bring wine, for the soroush of the Unseen world
Brought me the news that His mercy is all-encompassing.
The next time I heard these same words explained to me was at a No Ruz (New Year) party on March 20 in Tehran, but this time from a pirated video version of Iranian Fusion music from Los Angeles. I also saw on television Barrack Obama’s welcome but conditional No Ruz message, and regretted enormously the lost opportunity of good will being enough in itself. The West should dismiss any concerns about Iranian nuclear or anti-Zionist intentions and instead listen to the poetry. Poetry is the lifeblood of Iranians, where those secret voices guide the soul. Given the resources at their disposal, the present leadership I fear, in maintaining a privileged elite (such as the children of mullahs and martyrs of the Iraq-Iranian war), have lost the support of the common man and are but a punctuation in a long history of the Persian people searching for the Truth. 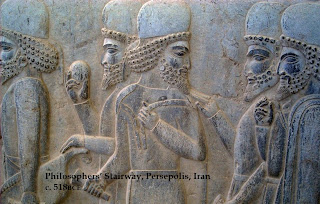