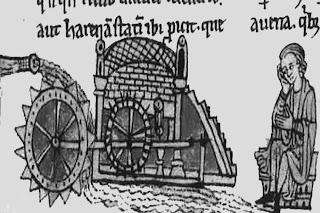 Following a visit to Syria in October 2010 I expressed the view, in the last paragraph of my blog of the 20 October, that I felt that secular political policies of President Bashar al-Assad offered the best possibility of a pragtopian solution to the widespread sectarian strife that exists in the Middle East.
How wrong I was!
The current brutal suppression of an ‘Arab Spring’ opposition to the policies of the ruling Ba'athist/Alawite minority shows that my assessment was utterly wrong and my hopes sadly misplaced!
I had based my assertion on a perception that Basher al-Assad’s had managed to marginalise the hard-liners in the ruling Ba’athist clique (remnants of his father’s ‘praetorian’ guard) and would be able to plough ahead and fulfil his promises to bring true democracy to Syria.
There is an old proverb that states, ‘No man steps in the same river twice.’ It is patently not true in Syria!
In 2011 it is Deraa and the killing machines of the 4th Armoured Division (made up of units of the former paramilitary Defence Companies or Saraya ad-Difa) under the command of Maher al-Assad, the President’s brother.
In February 1982 it was Homs, and the Defence Units under Rifaat al-Assad – the brother of Hafez Al-Assad and uncle of President Basher al-Assad – who suppressed a revolt instigated by the Muslim Brotherhood, with a massacre of about 20,000-30,000 civilians (as well as an estimated 15,000 missing and 100,000 expelled).
Some of the famous waterwheels (noria) of Syria, that have drawn water from the Orontes River in Homs since Saladin’s time, survived that bombardment in 1982 but now, when I look at the pictures from my visit, they carry a different resonance, a resonance of the torture wheels used in medieval times. 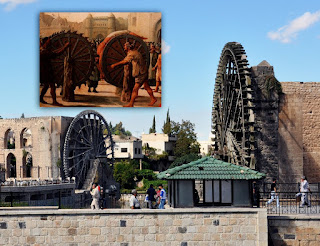 Wheels of Torture in Homs, Syria
The waters of Syria have stagnated and in those festering pools torture has once again become the primary instrument of the state and an instrument of dehumanisation. For any higher purpose (and almost certainly the Alawites must have some purpose in mind) there must first be belief and then follows faith. The majority of the Syrian population has lost any semblance of belief in a better life that they might have clung onto.
Mea culpa!
Posted by Roger Derham at Monday, May 09, 2011