This rihla is about Chania, on the northwest coast of Crete. 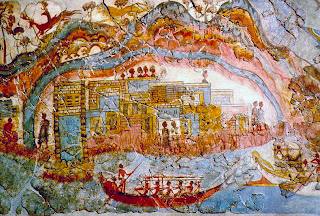 “Beneath English trees I meditated on that lost maze: I imagined it inviolate and perfect at the secret crest of a mountain; I imagined it erased by rice fields or beneath the water; I imagined it infinite, no longer composed of octagonal kiosks and returning paths but of rivers and provinces and kingdoms …I thought of a labyrinth of labyrinths, of one sinuous spreading labyrinth that would encompass the past and the future and in some way involve the stars.”
Jorge Luis Borges, The Garden of Forking Paths

The Firka fortress that sits at the western end of the harbour in Chania, north-western Crete is home to a maritime museum that houses some of the most beautifully detailed scale ship models that I have ever seen. On the day that I was there the assistant modeller, 64 year-old Panagiotis Karabourniotis with a sparkle in his eye proudly showed me his morning’s work of a small 1cm bronzed door made of varnished paper with a porthole that was just one of perhaps a thousand details that was going into the current model being built. Each model, he told me, took about two years to complete. Panagiotis, a retired sailor who first went to sea at 15 and suffered his first shipwreck off Bermuda as a 16 year-old joined the museum in 2002. Speaking of the sea in a 2012 interview in Haniotika News he said, “It is the vastness, the quiet, and the calm that creates you.” 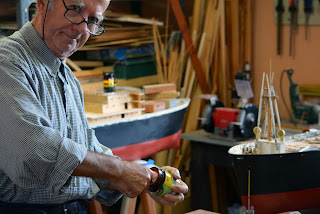 Panagiotis’ boss, Stelios Falieros has been both chief modeller and Director of the Maritime Museum for 19 years. He is a former Commander in the Greek Navy and most of the exquisite models on display are of his construct. In the same interview in Haniotika News he declared, “The sea is a strange thing. Firstly it is female!” and that when at sea he never felt “Longing” because “the ship is our home and in the home I always felt secure.” 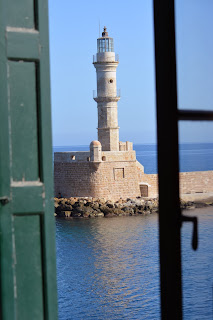 From the window of the model-building laboratory on the second floor of the museum you look out over a beautifully restored Venetian harbour that incorporates three galley-building arsenale on its eastern and southern aspects, and a strong seaward breakwater or mole, that is bisected by the St Nicholas (patron saint of sailors) bastion and which terminates in a lighthouse directly opposite the museum.

I thought of the harbour during Venetian times sending out galleys full of Cretan archers and sailors to tackle Ottoman ships as they plied their way through the Ionian seas. On one such occasion in 1584 Ser Gabriel Emo, Commander of the Galleys of the Condemned attacked a great galley out of Tripoli of 26 oarsmen’s benches ( a galera bastarda) off Zante. Despite the North African galley putting up a flag of truce Emo attacked it with two Cretan galleys out of Chania and after freeing 290 Christian galley slaves, and taking an enormous treasure trove, he decided to butcher the Ottoman passengers, including women and children who were bound for Constantinople. At a political level this action caused enormous embarrassment for the Venetian government in their relationship with the Porte and they decided to try Emo for the crime. He was sentenced to death (with the Venetian republic conveniently sequestering Emo’s considerable share of the captured treasure) and after a vote as to whether the sentence should be carried out in public or in private he was beheaded on the 23 April 1585 in public. 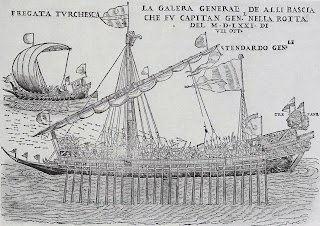 Cretan archers were famous as mercenary units in Greek, Persian, Roman and Byzantine armies and according to Lucan, the Roman writer who called them Knossosians, used the Scythian bow better than the Scythians. When George Sandys visited Crete in 1610 he reported that Cretan archers still took part in Pyrricha military war-dances (like the Spartans) “imitating therein their ancestors”, fully armed with bows, quivers and swords and that they would reply in song to each other.

On leaving the Firka fortress I turned sharp right to take a circuitous route through the Topanas (from Turkish top hane or armoury where cannonballs and gunpowder were made) district of 16th Century La Canea to finish in the former Jewish ghetto area of Evraiki just south of the harbour. The narrow streets concentrate the smells and the sense of the sea and its potential for misery is always present. During the Second World War the Germans rounded up the 269 Jews of Chania and after gathering them in the Synagogue of Etz Hayyim (The Tree of Life – now fully restored) transported them to Herakleion and put them on the German merchant ship Tanais for transport to the mainland and ultimately Auschwitz. Unfortunately this ship, which also had 600 Greek and Italian prisoners on board as well, was attacked on June 9, 1944, at 03.12 hrs, off Dia island, by the British submarine HMS Vivid commanded by Lt John Cromwell Varley RN. The ship sank within 15 minutes with the loss of all on board. 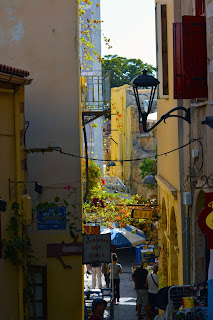 Both the Topanas and Evraiki districts are a labyrinth of small streets and alleyways and it was the notion of labyrinths and language that struck me as I looked at the Minoan ruins of old Kydonia on Kanevaro Street.

Labyrinths are defined by modern scholars, as unicursal i.e. where there is a single, non-branching path to the centre whereas mazes on the other hand are considered a multicursal complex branching system with multiple paths to the centre. The housing districts of old Chania are more properly described as mazes but it is the evolution of the equally complex descriptive language of their existence that also astounds. 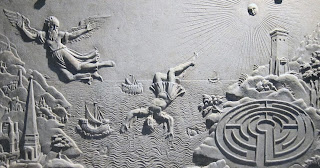 The concept of a labyrinth is a Cretan gift to the world, the original built by Daedelus for the Minoan King Minos at Knossos to house the Minotaur, but of equal importance it was also Crete’s gift of a Semitic syllabic based writing system to help record an Indo-European language that was to be the greatest donation. And yet this is the paradox. By helping establish a form of writing for their trading partners the Minoans also opened the door to their eventual destruction (as well as the volcanic eruption on Thera) by those same neighbours.

When the Indo-Europeans crossed over from the Ukrainian Steppes into Anatolia and the Balkans they brought with them highly descriptive languages, ability in mining and metalworking, and a penchant for killing but no written form of those languages. The Minoan civilisation already well established in Crete from 2700 BCE, well before the Indo-European Mycenaean’s established in Greece around 1600 BCE, were almost certainly of North Semitic extraction, and as such had developed a written ideographic form of their language, based on elements from both Egypt and Mesopotamia, which is now called Linear-A.

With the establishment of trade links with Mycenae on mainland Greece a variant, the Linear B form of writing, was developed to allow both early Indo-European Greek and old North-Semitic Minoan to be written in tandem. Linear B was to prove unwieldy in time and it was the later adoption of another northern Semitic writing system, the Phoenician alphabet in the 9th Century BCE that was to form the basis of all our Indo-European (Greek, Latin, Old Irish etc.) writing systems today.

And as I sat in a harbour-side café, a crystal green sea lapped gently against the walls, calm, hiding the terror that lies beneath, and the loss of the Minoan civilisation, and of all civilisations when anti-Semitism is an accepted order. 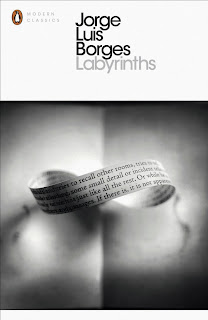 I thought of Jorge Luis Borges and his 1940 seminal essay on language…and order: Tlön, Uqbar, Orbis Tertius. He wrote,

“It is useless to answer that reality is also orderly. Perhaps it is, but in accordance with divine laws – I translate: inhuman laws – which we never quite grasp. Tlön is surely a labyrinth, but it is a labyrinth devised by men, a labyrinth destined to be deciphered by men.” 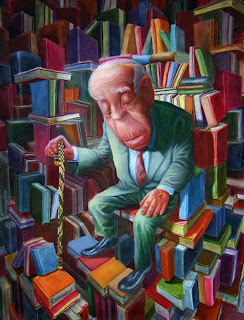