Let us strive on to finish the work we are in; to bind up
the nation’s wounds; to care for him who shall have
borne the battle, and for his widow, and his orphan—to
do all which may achieve and cherish a just, and a lasting
peace, among ourselves, and with all nations.

The validity of the public debt of the United States, authorized by law, including debts incurred for payment of pensions and bounties for services in suppressing insurrection or rebellion, shall not be questioned. 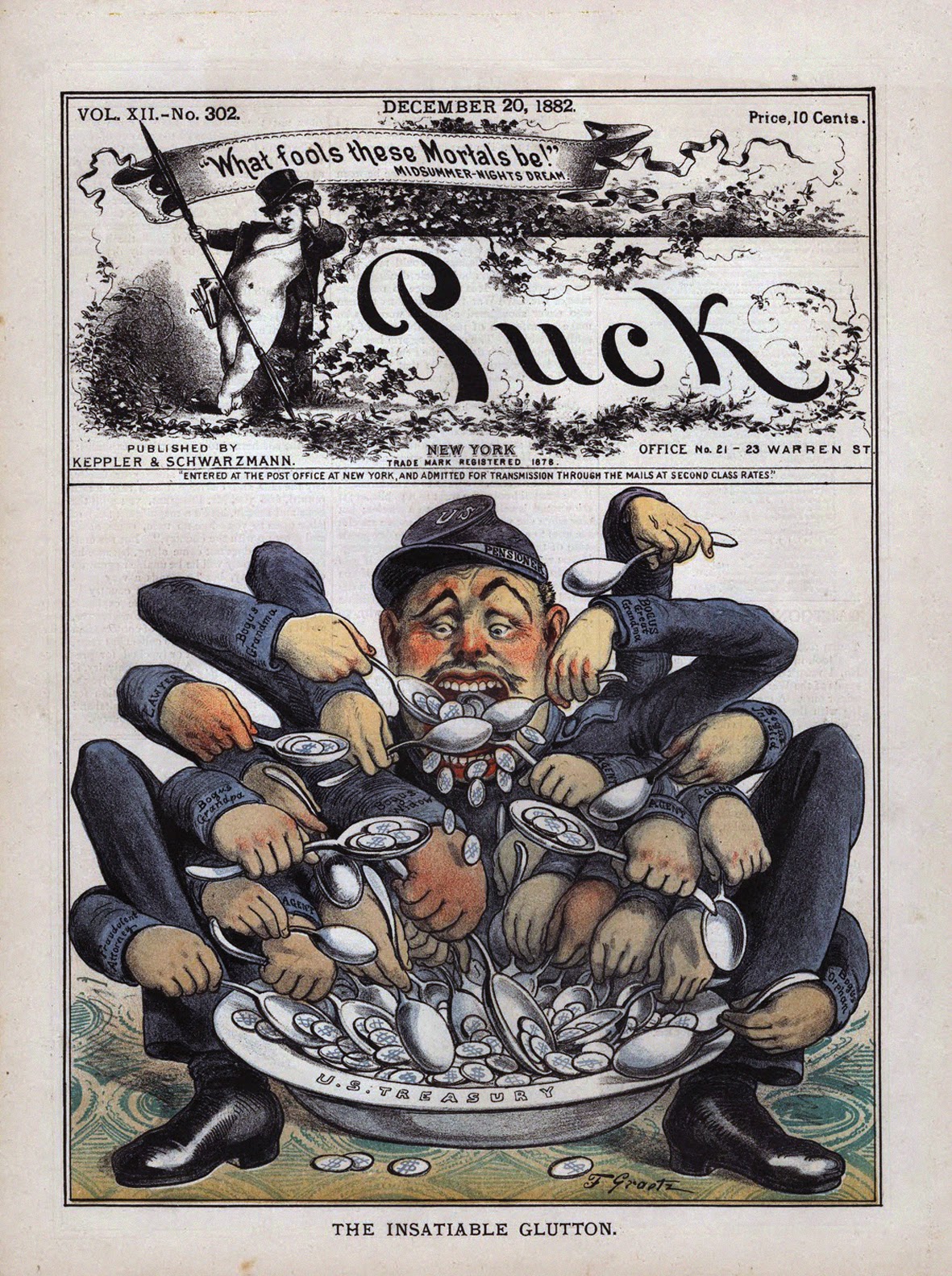 What is the price of patriotism?

In March 2009, while travelling throughout Iran, I was often struck, on driving into a new city or town particularly in the north and north-western part of the country, by the rows and rows of lamp-post placard portraits of the martyrs of the Revolution, who had died in the service of the Iranian Islamic Revolution during the Iran-Iraq war of 1980-88. It has been estimated that Iranian losses in the immediate war period amounted to 125,000 killed in action, 63,000 missing in action and about 15,000 civilians. After the war it was estimated that there were about 400,000 Iranians with significant disabilities as a consequence of the war, about 200,000 of whom died as a result of those injuries by 2012. 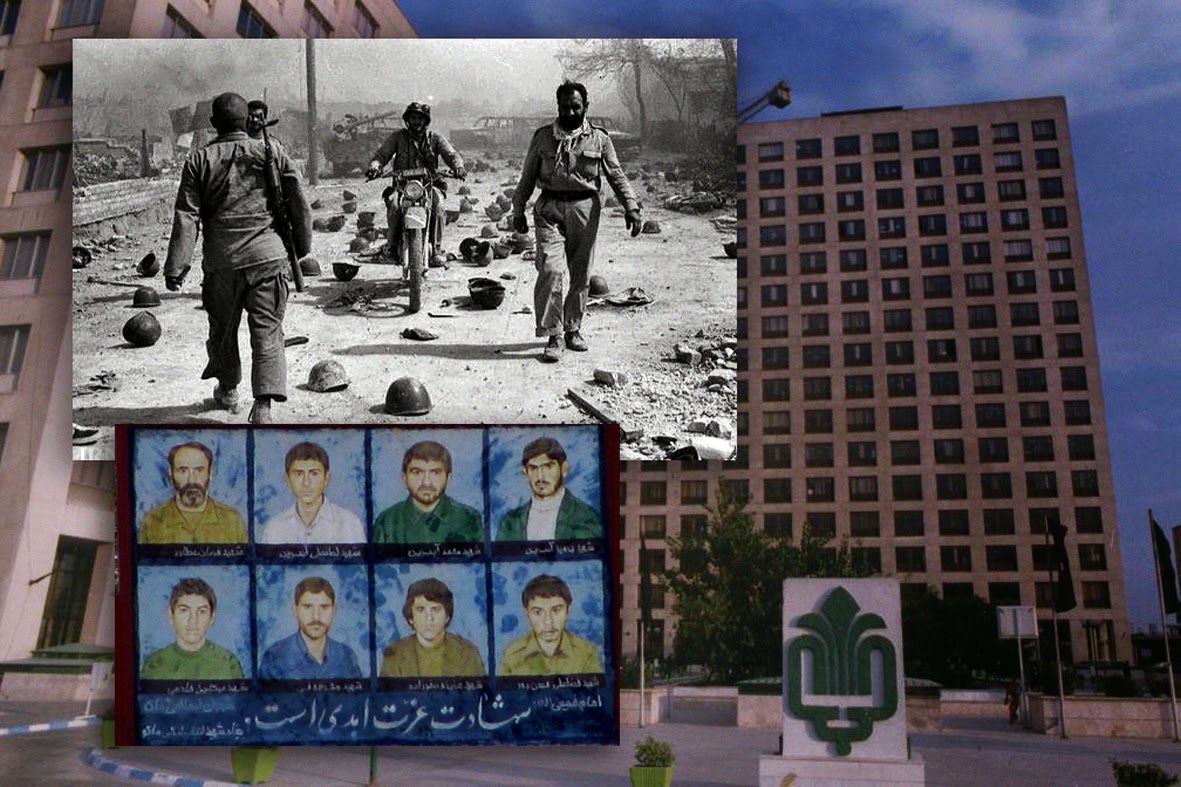 After the war the Bonyad-e Mostazafan (Foundation of the Oppressed), a charitable foundation closely tied to the Revolutionary Guard with almost $20 billion in assets, including factories, agrobuisnesses, construction firms and commercial companies, was renamed the Bonyad-e Mostazafan va Janbazan (Foundation of the Oppresses and Disabled) to provide pensions and low cost-loans to the disabled survivors and dependents of martyrs from the war. It allocated 50% of its income for this purpose but by 1996 however the cost base of this function was soaring and the Bonyad began directly drawing down government funds to cover the welfare commitments. In 2005 it exited the remit entirely and transferred the responsibility of veteran associated welfare payments to the newly created Government Bonyad Shayid va Omur-e Janbazan (Foundation of Martyrs and Veterans Affairs).

Patriotism, even the most extreme such as that of the Basji volunteer militia who deliberately walked out onto minefields to clear them, comes at an enormous continuing cost to society long after the fury of the Revolution has faded. Indeed it often also associated with huge resentment amongst those who do not qualify for such ongoing preferential endowment.

But Iran is not alone in this historical reality. 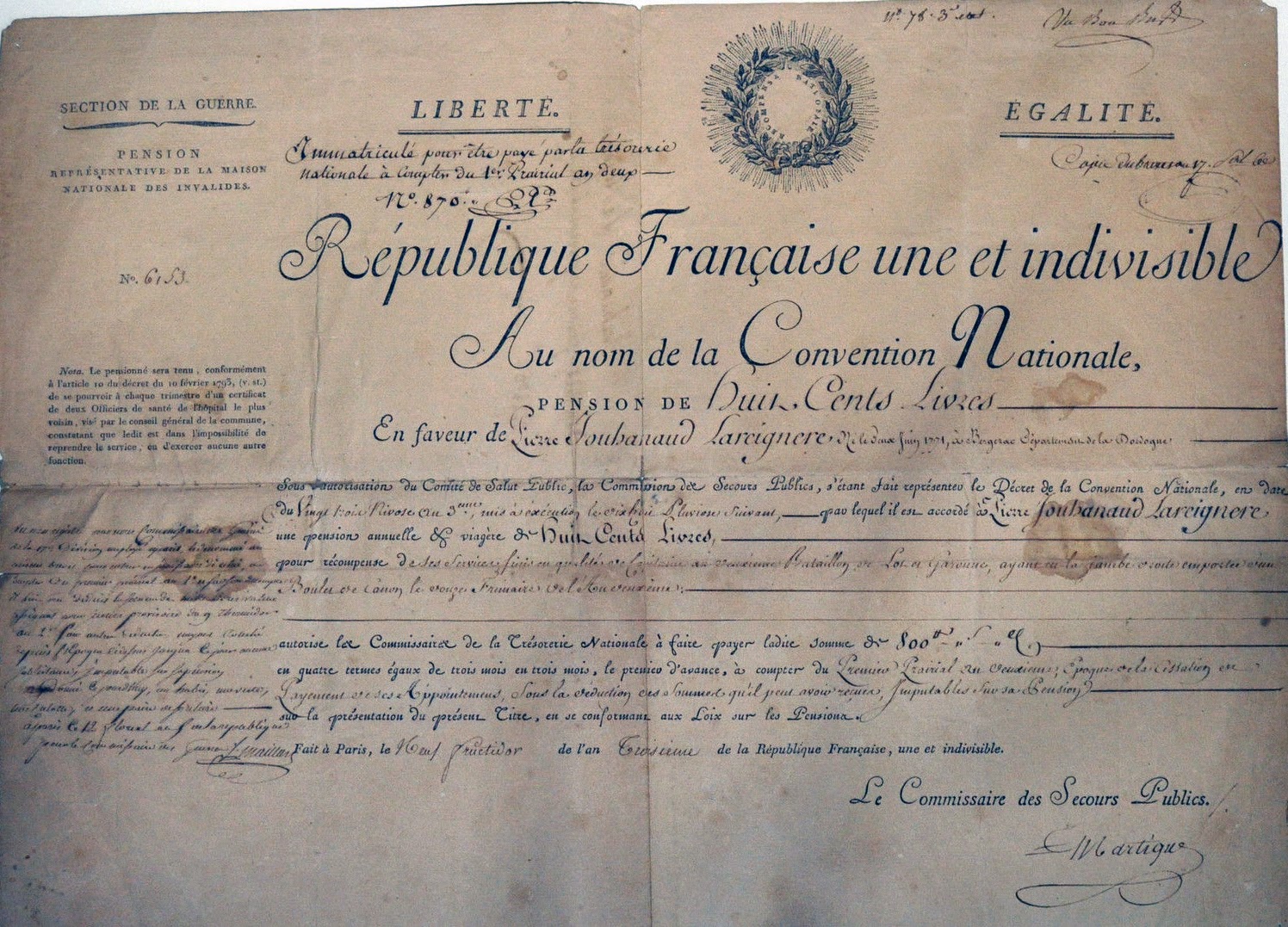 That some claims are fraudulent is certain, but the great body of them are legitimate, binding on the Nation, and sacred. These no-one begrudges, and no soldier or sailor loses his self-respect or respect of his fellow-citizens in accepting these pensions. But the half million of dependent pensioners would not only stand in a different light, they would discredit the others. They would be taking money that they would pay for in loss of self-respect.

In a crusading editorial, quoted above, in The New York Times in February 1887, against a planned law granting pensions to the possible 1,000,000 survivors and dependents of veterans of the American Civil War, the paper reminded its readers that when the Service Pension Act of 1818 was enacted putting in place a fixed benefit for life ($20/month for officers and $8 /month for enlisted men) for all the surviving veterans of the Revolutionary War of Independence (1775-1783) and not just for those who had been disabled (Continental Congress Act of 1776) it was estimated by the promoters that about only about 374 persons would apply for the benefit and the cost to the US Treasury would only be $40,800 per year. By 1822 however 12,331 veterans had applied and were in receipt of pensions and the cost was an estimated $2,750,000 a year. The paper calculated that if the same miscalculation of estimates was applied to the proposed 1887 bill then the cost would be about $72,000,000 to the US Treasury.

Even the NY Times got their estimates wrong! The Dependent and Disability Pension Act was eventually signed into law by President Benjamin Harrison in June 1890 and by 1893 the cost to the US Treasury was almost $159,000,000 a year or about 37% of the entire US government budget. 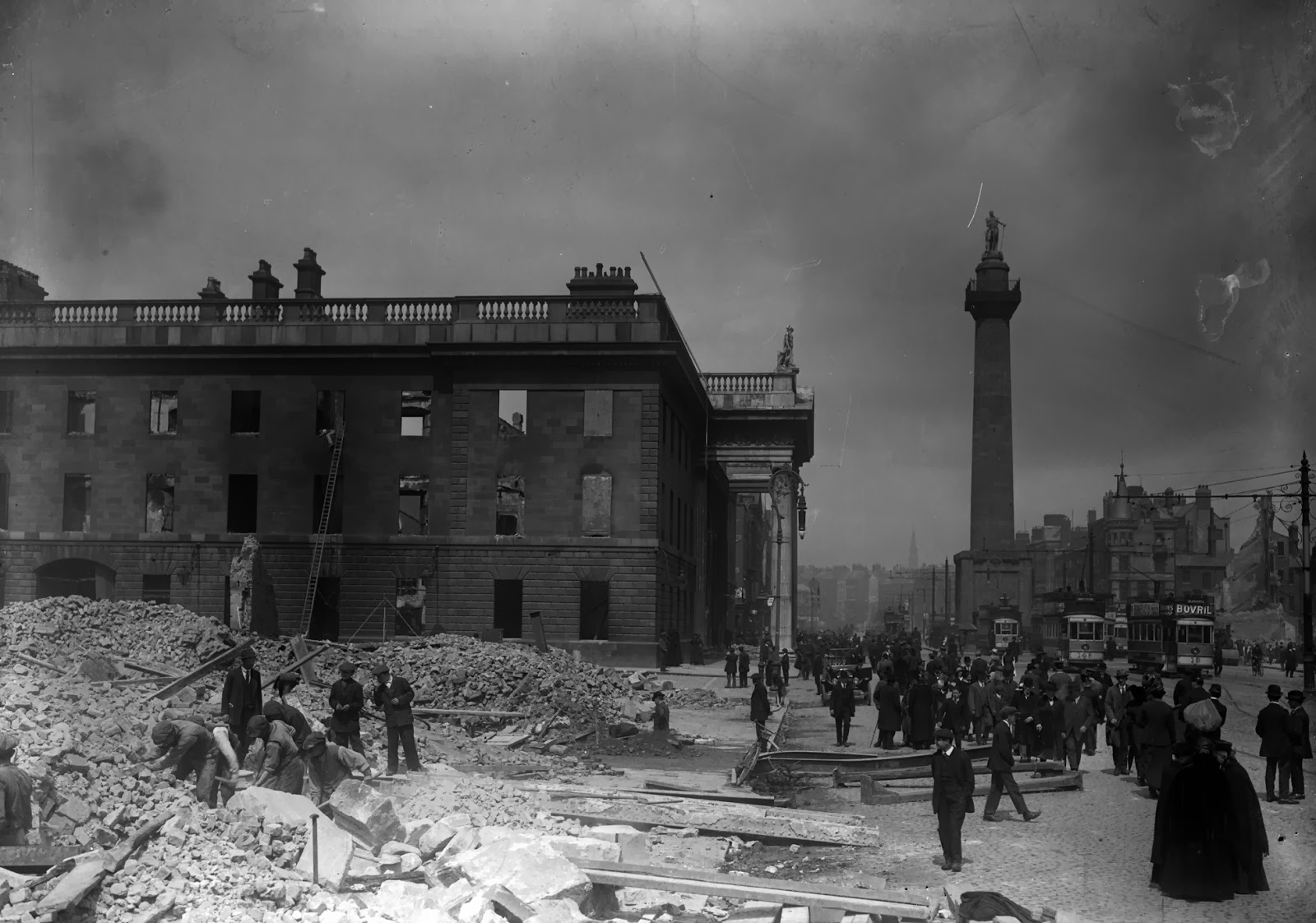 I was drawn to this economic cost of revolutionary patriotism when looking at the pension application of my grandfather Joseph Derham for his service in Ireland’s own revolutionary war of 1916. I downloaded and read, the recently made available military pension archives concerning his trials and tribulations of the pension application under the Military Pensions Act 1934 for service in the 1916 Rising. 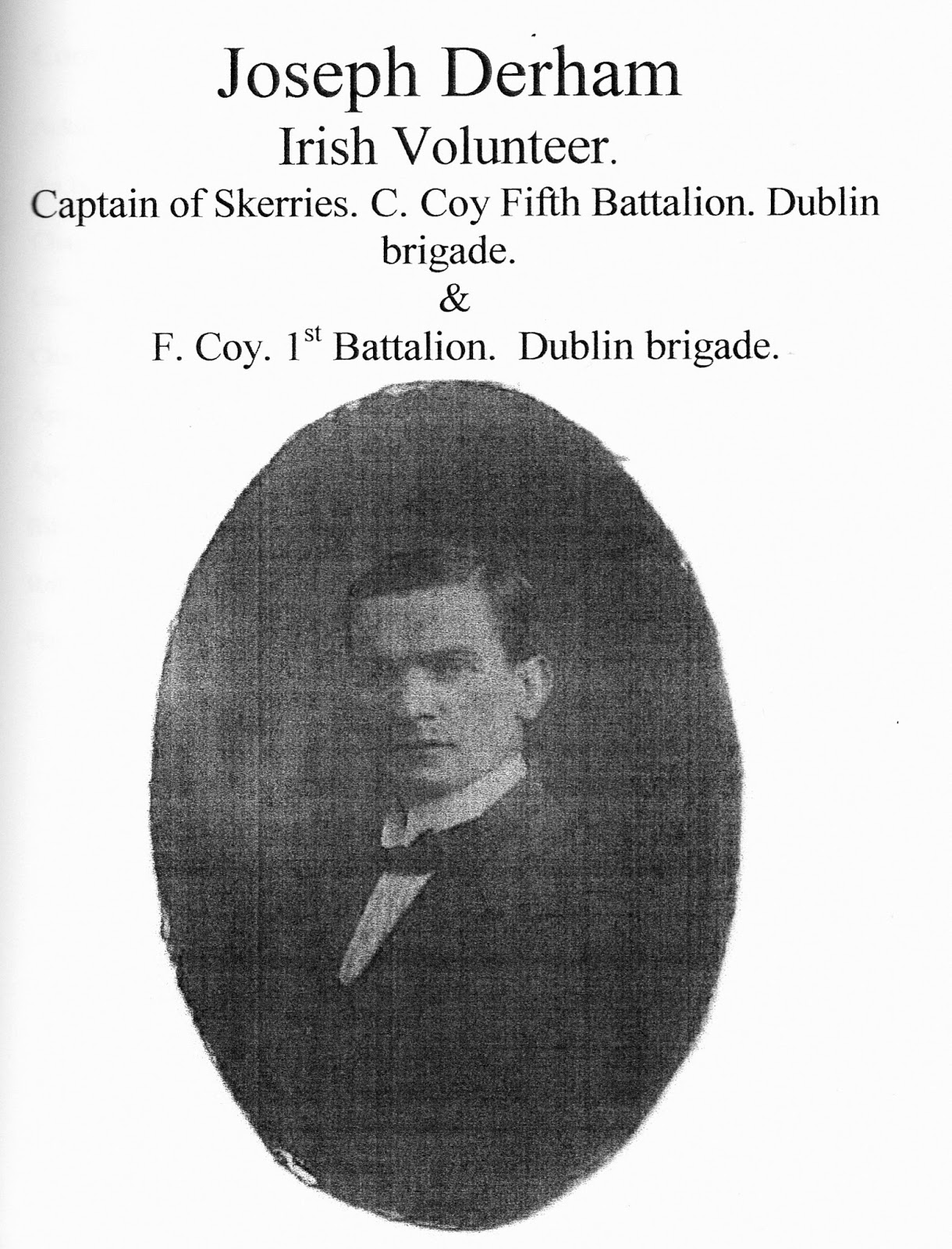 For some reason all revolutions appear to have a focal point in their mythology where participation on a certain day or in a certain place grants the veteran (if not already dead or disabled) a generally unsought or unplanned place in the upper realms of that mythology, and a somewhat warped post-revolutionary societal enhancement of credibility or entitlement thereafter.  For Ireland that Valhalla of mythology in 1916 was the action at the General Post Office, Sackville St. (now O’Connell St.) Dublin.

My grandfather Joseph, a stern man I remember as a child with half his face missing following the removal of a malignant tumour, was a member of F Company, No. 1 Batt., Dublin Brigade and an Irish Volunteer since 1913. He served in the GPO from the evening of the 24th April 1916 as Garrison Timekeeper until the surrender on the 29th April. Brought initially to the Rotunda Gardens he was then arraigned and interrogated in Richmond Barracks before being transported firstly to Wandsworth Prison, London and then in June 1916 to internment in Frongoch Detention Camp in Wales where he remained until the general release at Christmas 1916. 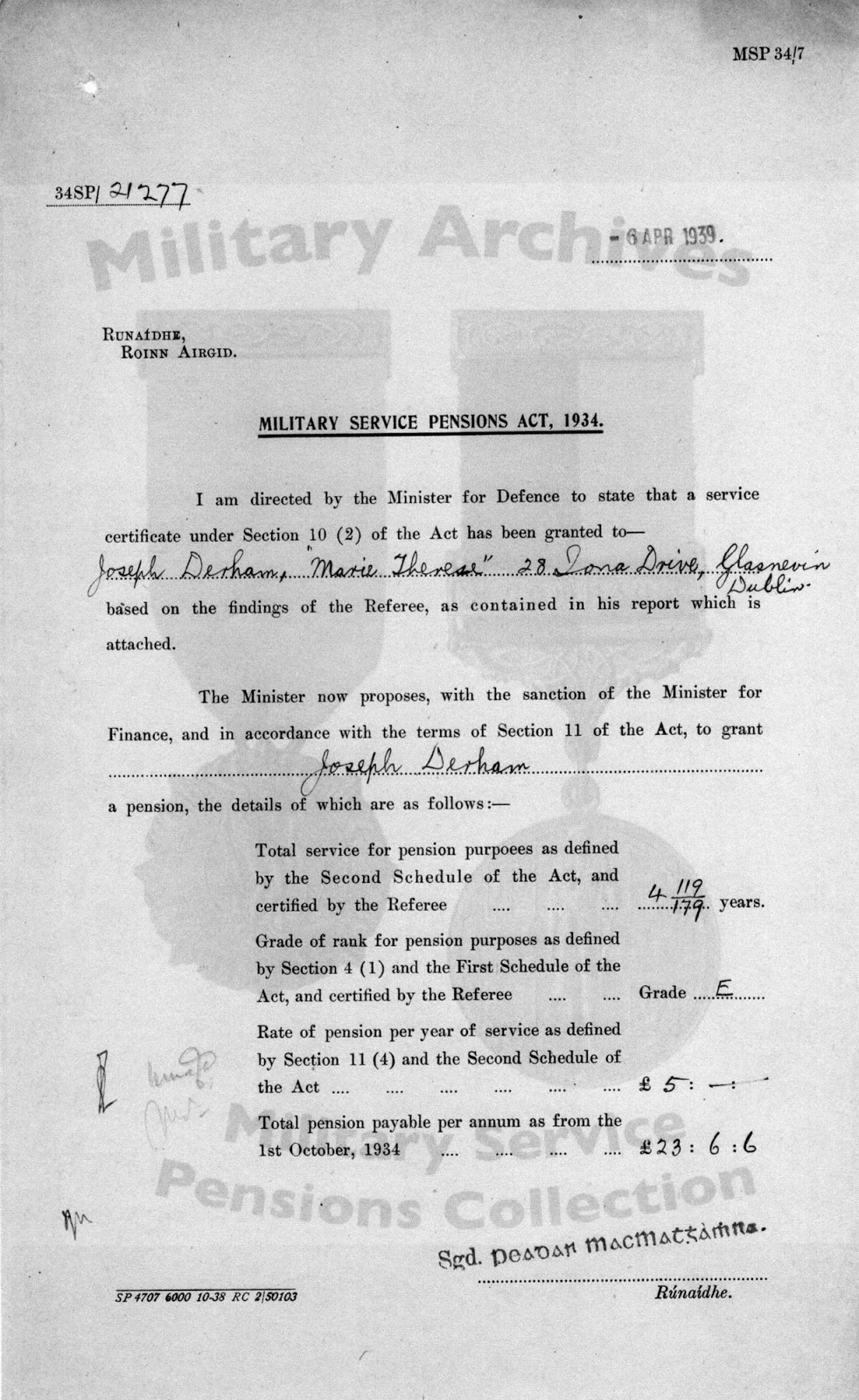 My grandfather applied for and was granted a certificate of Military Service (in the Revolution) in 1939 and a pension of £23, six shillings and six pence granted, backdated to the 1st Oct 1934. For some reason not documented he then subsequently declined the pension and the reasons for this are not exactly clear. Perhaps he was afraid of being the man the New York Times of 1887 had accused of ‘ by taking the money’ he would be a man that ‘would pay for it in loss of self-respect’ but more likely he knew that as a public servant his military pension would have forced an abatement of his public service pension, a provision originally introduced to deter flooding the new civil service with recently demobilised volunteer soldiers. This ‘abatement provision’ would have irritated my grandfather enormously, and its implied denial of his patriotism.

Taking umbrage at official doctrinal sleight-of-hand is somewhat of a genetic trait in our family!

I suspect also that my grandfather, who chose, in the very divisive Irish Civil War, that followed the ‘Revolution’, deliberately not to become involved-in, felt that he needed to make the point that there were many more former volunteers like him who had fought for the notion of an independent Ireland but who did not wish to participate in the internecine butchery that followed. Indeed the first pensions act, the Military Service Pensions Act of 1924, excluded anybody who remained neutral in the Civil War, anybody who was an employed civil servant, anybody who was a member of the anti-Treaty IRA and indeed most women veterans as Cumann na mBan was not included.  The Military Service Act of 1934 reversed these exclusions thereby making the pension provisions available to my grandfather. By applying for and being granted the Certificate of (Revolutionary) Military Service, which was necessary for the pension entitlement he had made that point, even if he then declined to exercise his entitlement. 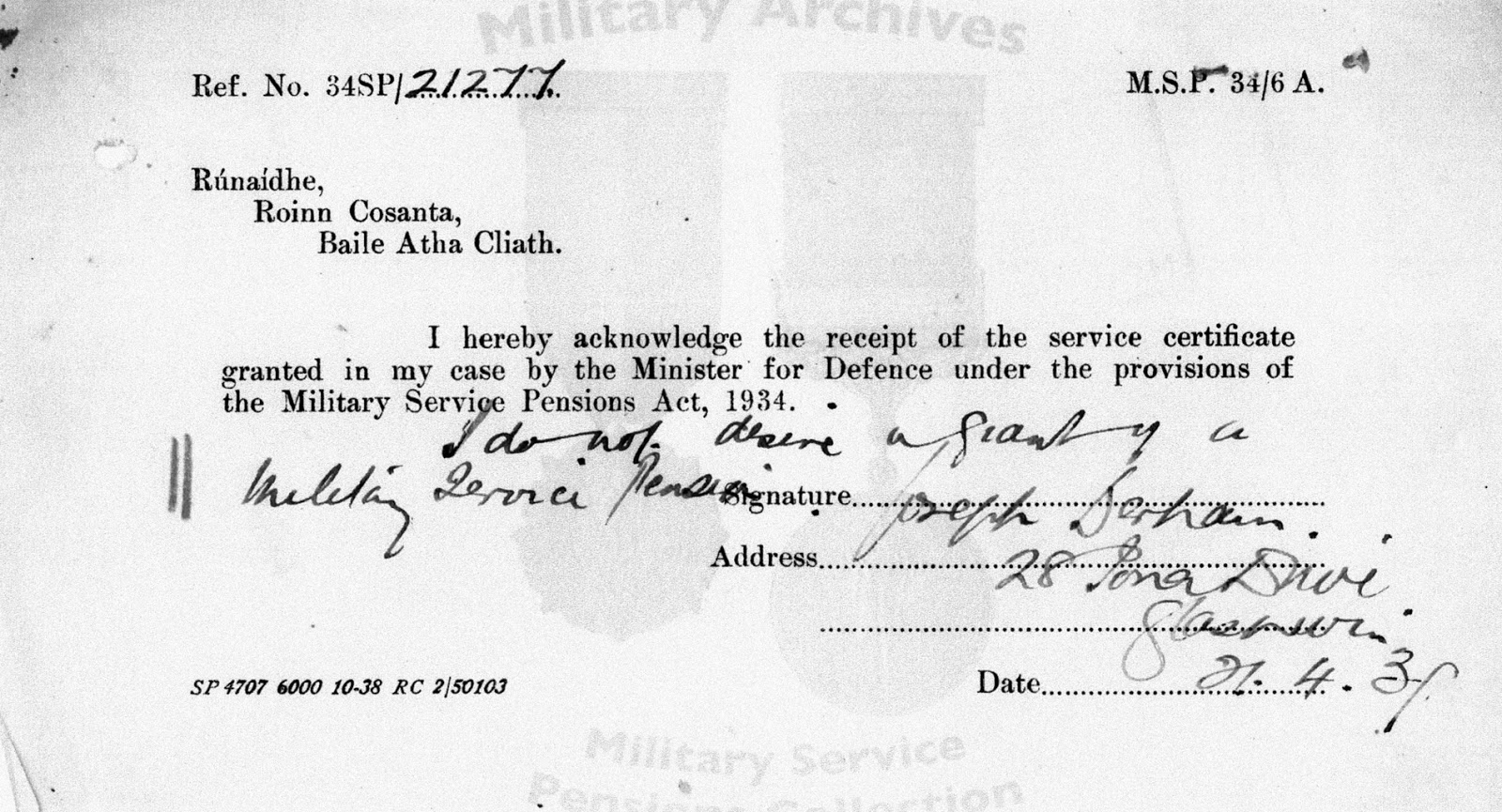 By 1953 almost 80,000 people had applied for Irish ‘revolutionary’ Military Service Pensions of which 18,186 were adjudged to qualify. The annual cost to the state in 1953 of these pensions was approximately £500,000.

In 1957 on retirement however my grandfather must have had second thoughts about the pension and asked his local parliamentary TD, Gerry Boland to make representations on his behalf to try and get the pension re-instated. This decision at that stage would have been pragmatic rather than bound up in any revolutionary entitlement. Times were hard and he had a large family of 11 sons and daughters to support. The downloaded files from the Military Archives document with stark beurocratic precision the enormous efforts that he, and others acting on his behalf, had to go to get re-instatement. Ultimately he was successful and a pension of £34, 19 shillings and 9 pence was granted on 31 December 1957, 41 years almost to the day after his release from Frongoch.

My grandfather was always enormously reticent about his revolutionary Military Service (his Gebr, Mauser Oberndorf single bore-non-automatic rifle; one of those landed off the Asgard in Howth, is now in the Cork Public Museum) and indeed when he first applied for his military pension he specifically stated he did not want his time in ‘goal’ in Frongoch counted towards that pension. While in Frongoch he served as one of the two postmen in the Detention Centre and perhaps thought he was still being a ‘civil servant’ and did not want that time counted. He also had originally applied as an ordinary volunteer for an E schedule pension, and not for an officer’s pension to which he was also entitled as a Captain in C Coy 5th Batt, Dublin Brigade.

All revolutions are won with enormous sacrifice, and there is often an immediate responsive and pragmatic determination in the first flush of victory to reward or to compensate for that sacrifice and to consolidate support for the revolution particularly amongst armed militia and soldiers. In time revolutionary ideals and expediency fade into memory and mythology, but the price and costs of maintaining the reality continue to place a huge burden on the new society. It is a well-worn path from patriotism to parsimony. The generations following resent both the cost, as an imposed burden, and the imposed mythology, that drives those entitlements.

Writing a very spirited defence of the pension entitlements of veterans in 1891, Green B. Raum, the United States Commissioner of Pensions, stated bluntly that ‘the noblest duty a man can perform is to risk his life for his country’ and that the ‘paltry’ pensions they receive ‘cannot be considered a suitable equivalent’ for those patriotic services.  The obligation to pay pensions did not rest in contract but upon ‘principles and sentiments quite as binding upon the heart and conscience of the nation’. He concluded by stating that the veterans of the Revolution and Civil War (and Mexico War) had ‘solved the mooted question of man’s capacity for self-government.’

Far better I think this pragmatism of ‘capacity’ rather than an imposed or implied mythology and entitlement of martyrdom, whether it be in in Teheran, Yorktown or Dublin, as a basis for an entry to paradise.

I know now that my grandfather would agree!

Thank you for this fascinating piece about Joseph Derham.

Your grandfather is mentioned in my recent book: "The Assassination of Michael Collins: What Happened at Béal na mBláth?"

I was looking at your profile, and other intriguing posts. It's marvelous that you are a Forensic Examiner and also a publisher.

Rather synchronistic to my own endeavours!

I'd be delighted to hear from you. You can also reach me through my Google Plus profile.

With sincere regard,
S M Sigerson