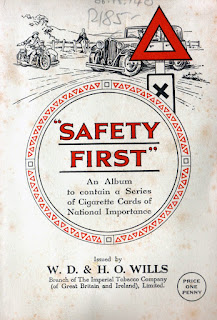 Came across this "Album of Cigarette Cards of National Importance" recently, published when the speed limit had just been increased from 20 to 30mph. 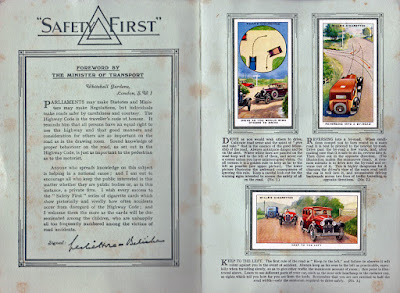 The UK Minister for Transport who wrote the introduction to this Album in 1935 was a Leslie Hore-Belisha, a Liberal-National who was a firebrand orator and politician who had built a very good reputation - albeit self-serving - in the Ministry of Transport. Best remembered for the orange light-topped candy pole Belisha beacons that mark pedestrian crossings.

Neville Chamberlin, impressed by this work, appointed him Secretary of State for War in 1937 but almost immediately Hore-Belisha began to clash with the Army hierarchy, firing the Chief of Staff and two other senior generals. Hore-Belisha subsequently also fell out with his appointee General Lord Gort - Gort was a Prendergast Vereker, and from an estate just south of Galway - who along with others orchestrated his removal from the War Office at the onset of the Second World War.

A subsequent switch to the Ministry of Information was blocked because Hore-Belisha was Jewish, and the establishment did not want Hitler using that fact to undermine the truths about Germany's actions, as England's political masters wanted it interpreted.  "Truth" was also the name of the Conservative-owned English periodical in which most of the attacks against Hore-Belisha occurred. It was also a magazine that was very shortly afterwards accused of having Mosleyite fascist sympathies. Chamberlin later admitted that "anti-semitism" had fuelled the move against Hore-Belisha.

Hore-Belisha was described as a showman and his modus operandi was described by one commentator as where, "Trivialities find equal place with matters of consequence." 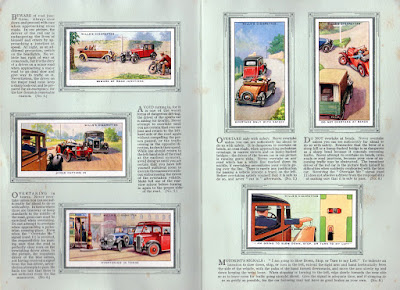 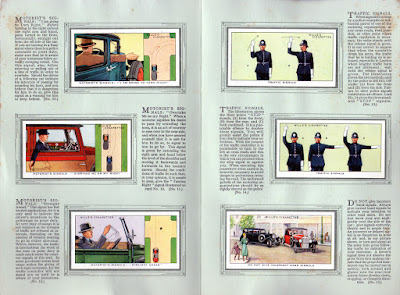 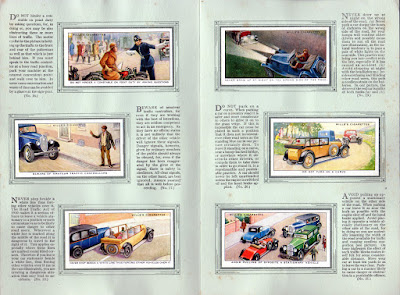 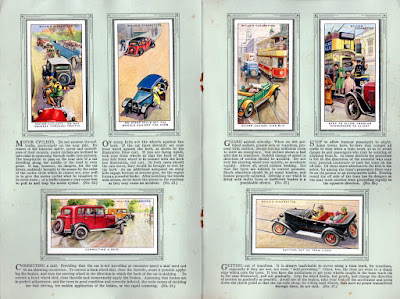 Detailed instructions in how to deal with either a rear wheel or front wheel slip. 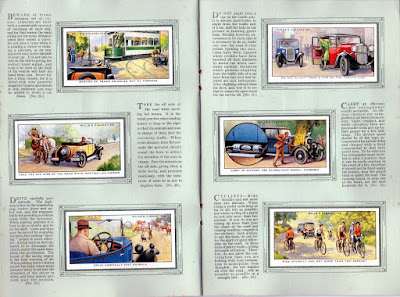 The advice for Cyclists begins 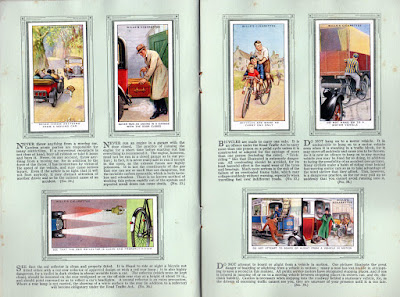 Note the "Belisha" beacon marking the pedestrian crossing in the bottom right card of the following picture. 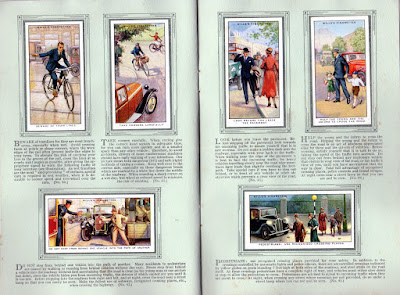 The advice for children begins 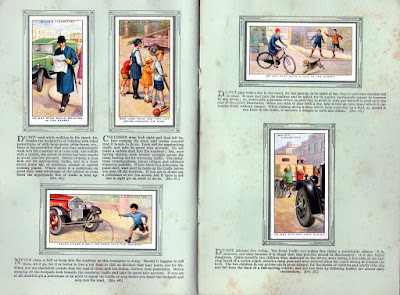