The Simurgh and the Nightingale (Part 1) 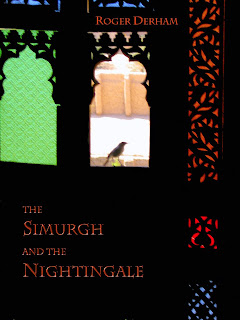 I plan over the coming year, in any hiatus of inspiration for the normal blogs, to publish in chapter instalments a blog edition of my first novel, The Simurgh and the Nightingale. I hope that you will enjoy it. Remember it is a novel, a blend of fact and imagination! The first instalment is the original preface and the first chapter. At the end of the book there will be a glossary of some of the terms and ideas used in the book. Comments are welcome. Bon Voyage!
The Simurgh and the Nightingale - A Novel
(Blog Edition Part I)
Preface
A few years ago, while conducting research into the development of medical and hospital facilities that accompanied the frenzied period of mosque construction of the early Ottoman empire, I happened upon, in the Topkapi Sarayi Muzesi, a bound series of letters from one Seilim Zeitun Oglu to the Sublime Porte, written about 1640, detailing his plans to have a new mosque and hospital for the insane built in Tavanshanli, a small town on the Anatolian Plateau south of Ulu Dag, the ancient Bithynian Mount Olympus.
While leafing through the folio I came across two letters which were not bound in with the others. The first was very fragile - made as it was from a very old type of cotton parchment. Its faded writing was in a language that I did not fully recognise but was to discover later was old Norman - French. The second letter was on fine Italian linen paper and written in Arabic to the same Seilim Zeitun Oglu. It was signed by a Catherine Cullen. This unusual combination of a letter in the maghribi style of North African Arabic, written by a woman, and with a western name at that, immediately aroused my interest. It was the subsequent translations of these letters that were to send me on a quest, the story of which is outlined in the following pages.
All of the people and events portrayed are real, apart perhaps, from the name Slavujovic. I feel certain that this was a pet-name and Djivo’s true surname was Sorkocovic, a family mentioned often in the 17th Century Ragusan Archives that are preserved in Dubrovnik. I have retained the use of the Slavujovic name in deference to the original letter that I discovered in the Topkapi.
With regard to the city of Ragusa. Today we know it as the city of Dubrovnik although from the seventh century until Napoleon’s invasion in 1806 it was known as the City and Republic of Ragusa. Originally a walled town founded on the small islet of Lausa by refugees from the Roman settlement of Epidaurum (modern Cavtat), it was eventually linked by a narrow causeway to the mainland opposite - where Slavs had established a small village near an oak grove (dubrava ). This is the origin of the modern city’s name.
Throughout the book I have used the historical abbreviations CE and BCE to denote the Common Era. For those readers unfamiliar with their use these terms are the exact equivalent of AD and BC respectively but are more acceptable in historical terms to the other religious calendars. I have included a glossary, which is by no means complete and also a number of maps from my own collection to illustrate the geography.
I hope you will enjoy some, or all, of the story that follows. Remember always that it is firstly a story of love and perseverance set in its time. The early seventeenth century was a remarkable period in our history and if any part of the story stimulates you to explore the era or issues in question more, then it has been worth it. To any academic historians who take the trouble to read the book, please forgive the many inaccuracies that you discover. I have by necessity needed to invent dialogue.
February 2001
CHAPTER 1
Lismore Castle, Ireland. Midsummer’s Eve 1634 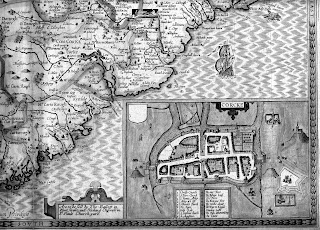