Equilibrium rather than Equality of Women’s Rights in Iran 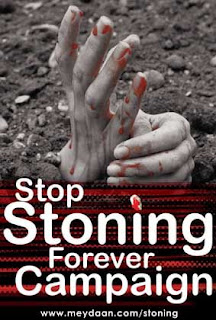 On the 23 February 2010, at the 64th Session of the UN General Assembly, Mr Al Habib, speaking on behalf of the Islamic Republic of Iran, stood up to thank the General Assembly for adopting Resolution 64/253 declaring March 21 International Day of Nowruz. He said ‘to commemorate Nowruz also means to promote life in harmony with nature, natural cycles and sources of life.’
Nowruz, the Persian New Year is a time of great celebration in Iran and two years ago I had the absolute privilege of being invited into the home of Tehrani friends to celebrate it. At that party were four sisters. Four beautiful, vibrant, highly educated women whose joy and good will lit up the room. And yet as I sat there I could not help feeling that somehow the Islamic Republic of Iran and its 1979 constitution has denied them any chance of being in true ‘harmony.’
They are truly second class citizens. As pointed out recently by both the UN’s Report of the Secretary-General on the situation of human rights in the Islamic Republic of Iran (UN Doc. A/63/459 October 2008):
'The penal and civil laws contain discriminatory provisions that are in urgent need of reform.'
The Global Campaign to Stop Killing and Stoning Women (http://www.stop-stoning.org/home1) have also stated:
'In the Iranian Penal Code, a married woman has no right to divorce, a privilege which is reserved for the husband. Women have no custody rights over their children after age seven; as a result, women who can obtain a divorce by proving their husbands are either abusive or an addict, choose not to do so fearing the loss of their children. A man can marry up to four wives simultaneously, and may establish a sexual relationship with any other single woman through a temporary marriage without the requirements of marriage registration, ceremony, or obligation to any possible child that may result. In addition, a woman is legally obliged to submit to her husband‟s sexual demands and do her best to satisfy him sexually. Hence if a man is sexually unsatisfied or in an unhappy relationship, he has many avenues open to him to dissolve the marriage and/or satisfy his sexual needs in a temporary “marriage.” However, these legal options are denied to Iranian women, and a woman seeking alternative intimate relationships is, in the eyes of the law, “committing adultery.”'
Under the Iranian Penal code this discrimination begins early. The age of criminal responsibility for boys is 14 and three months whereas for girls it is 8 years and nine months.
God forbid that any of the four sisters I met at the Nowruz party, would be denied love by their husbands or even worse be victims of the domestic violence pervasive in Iranian society. God forbid in searching for a personal harmony with the sources of life such as, for example, satisfying their desire for love or passion, they would consider adultery. This possibility of love or harmony is denied to them. Their husbands have a right to create a temporary ‘sexual’ or even ‘loving’ relationship but they do not.
If married, these beautiful Iranian women, if they do seek out true love, despite the fact there is supposed to be a moratorium on ‘stoning’ for adultery, could be buried in a pit up to their breasts – for men it is only to their waists giving them the slight possibility of escape and therefore under law exemption from punishment – and be murdered in a barbaric fashion by stones prescribed for in the Iranian constitution that are not to big to kill outright and not too small as to have little effect.
(For more on this form of execution – lapidation – see my blog previous blog Lapidation–The Loss of Reason on May 11, 2009)
It is an irony of fact that on the 21 April 2010 Iran was elected to the United Nations Economic and Social Council’s (ECOSOC) Commission on the Status of Women(CSW). I am not certain however that Iran, even as part of the General Assembly’s recent unanimous vote on 2 July 2010 to establish the new body the UN Entity for Gender Equality and the Empowerment of Women (http://www.unwomen.org/) to be known as UN Women, will fully support the organizations avowed aim of “achievement of equality between women and men as partners and beneficiaries of development, human rights, humanitarian action and peace and security.”
In a reply to a ECOSOC’s CSW questionnaire sent to all member states designed to evaluate a 15 year review of the implementation of the Bejing Declaration and Platform for Action (1995) the Islamic Republic of Iran, in a report drafted in 2008 by the Centre for Women and Family Affairs in Tehran declared that,
‘instead of considering superficial facts regarding men and women’s equality it suggests gender equilibrium’ as a better option.
Thus Iran is determined to see women’s equality as a matter of equilibrance rather than a matter of right. For Iran’s rulers and lawmakers it is merely a question of balancing the ‘stones’ of expediency that are not too big to give the appearance of killing off the notion of women’s rights altogether but yet again are not too small as to allow the possibility of those rights escaping into harmony.
See Also: http://humanrightsdoctorate.blogspot.com/2010/07/stoning-for-adultery-still-reality-in.html
Posted by Roger Derham at Tuesday, July 13, 2010