Windsong – Breath of Being (Chapter 28 – The Cat Walks) 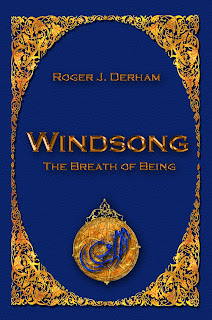 “After realism, decide on the illusion.”

Rio pushed open the door quietly. The nurses had told her to go on in and that Joyce had been anxious to see her. Joyce was lying in bed turned away from the door, looking out the window with a thin-legged nurse leaning forward over her as she adjusted an intravenous infusion. There were no flowers in the room apart from a pink-petalled orchid sitting on the windowsill and the room was spartanly furnished, save for a television high on one wall. It was tuned to Fashion TV. For a brief moment her attention was diverted to watch anorexic models as they paraded down catwalks; black pools for eyes; dead light, zombie-like. One life not nine, Rio thought, and coughed to announce her presence.
Joyce turned and she forced a smile when she recognised her visitor. ‘Rio, thank God. How did it go?’
Rio stared at her unable to answer. She had just returned from Phyllis Andrew’s funeral and it was hard to describe the devastation, the desolation, she felt inside. Too many funerals she thought: Gerrit, Crawford, the American and Israeli Ambassadors and their wives, the Danish cultural attaché, one of the library volunteers – Angie’s mother – two of the musicians . . . the list went on and on. She was so tired of it. Joyce looked impossibly thin; her face gaunt, and left eye covered by a bandage. Rio gasped, ‘Joyce . . .’ She started to cry, uncontrollable crying.
Joyce held out her hand. ‘You poor thing! Come over here.’
The young nurse looked concerned and moved out of the way. ‘Is there anything I can get you, Miss?’
‘No, thank you.’ Rio answered.
‘This is Vicky, my new nurse. We were watching to see what bikinis we should wear this summer.’ Joyce laughed.
The nurse smiled thinly and then left.
‘Oh Joyce. I don’t know what to do.’
‘Common. Sit down here beside me. Talking about it will surely help.’
Rio was not sure about that but she obeyed and sat on the edge of the bed, holding Joyce’s hand to her face. ‘I’m so sorry, Joyce.’
‘It’s not your fault, Rio. Phyllis would never have wanted you to believe that,’ Joyce Holden consoled.

Rio looked at her and admired Joyce's courage. In a coma for four days, following the explosion, and then operated on to remove her damaged eye, she still remained caring, concerned. She noticed the flower again. ‘Nice orchid.’
‘Jerome sneaked it into me, past the infection-control sister. Cymbidium he called it. Nice of him.’
‘Yes,’ Rio answered blankly.
‘How are the others? I’ve had no other visitors today to tell me anything,’ Joyce asked.
‘James is doing ok. Lost a good deal of blood, and his spleen, but doing ok.’
‘What about Aengus FitzHenry?’
‘It’s unlikely that he will come out of his coma. His family, I think, are considering withdrawing intensive care. Probably for the best! It seems . . .’
‘It seems what?’ Joyce quizzed.
‘This is not easy Joyce but Paddy Hayes, Gerrit’s second-in-command, called to see me yesterday. It appears to the police investigating team that it was FitzHenry and Ahmed Al-Akrash who planned and executed the original robbery. FitzHenry was being paid by some fundamentalist Pakistani organisation to keep an eye out for the Book, and also on Ahmed, who was considered a loose cannon. They think it was FitzHenry who drugged Phyllis with chloroform from my solvent cupboard and who probably then arranged to have her killed.’
‘Oh God. Not Aengus,’ Joyce wailed.
Rio nodded. ‘Needed the money it seems. FitzHenry had a secret life. He was being blackmailed… a large cocaine habit and a liking for rent-boys it transpires.’
‘Christ! And Ahmed?’
‘Ahmed Al-Akrash was supplied with explosives by a dissident terrorist group and the main reason for his suicide-bombing, it seems, was revenge.’
‘How do the Gardai know all this?’
‘Ahmed left a note for Mac, along with the missing page of parchment, explaining his reasons, his involvement with FitzHenry and the terrorists, and finishing with a verse from the Sura 6 of the Qur’an: “We have witnessed against ourselves.” It turned up yesterday. Found amongst the last bit of rubble being cleared from the café.’
‘Why to Mac? Why should Ahmed send him a note.’
‘They were friends in a way, although the police now suspect, from information Jerome has given them, that following old Prof Symmonds' death, the word was out about the Book of the Messenger and Ahmed was put in place in the museum to keep watch. He befriended Mac to glean any information he could.’
‘Where is Mac? He hasn’t called to see me,’ Joyce asked sadly.
‘No sign of him!’ Rio shrugged, feeling a heavy weight on her shoulders. ‘Not since the explosion anyway. He was uninjured, as I was, because we were in my lab at the time. We had both turned back to get the Durer for the presentation. I hope he’s not on a binge. Marie hasn’t heard from him either.’
‘Poor Mac!’
Rio hesitated for a moment. ‘We all pity the pain of alcoholics yet never stop to ask what made them drink in the first place. Was it pleasure or pain that drove them there? And if it was pleasure do they then deserve our pity? We all have ways of separating ourselves.’
‘You’re right Rio. For me, right now, it’s trying to decide what bikini to wear with an eye-patch.’ Joyce smiled.
‘I love you, Joyce.’ Rio leant forward and hugged her tightly.
‘How’s your uncle by the way?’ Joyce enquired.
‘Always in the right place, that man!’ Rio laughed. ‘He was protected from the main force of the blast because he was waiting in the doorway for us. Some deafness only.’
‘A little good-luck, at least. Give him my best.’
‘In the chaos the Book has gone missing again,’ Rio said, shaking her head, but not really caring.
‘Good riddance,’ Joyce almost spat. ‘What will you do now Rio?’
‘I’m not sure. As you know, the building is badly damaged. Thankfully little or no damage to the exhibits from the explosion, but the fire brigade managed to inflict some serious destruction with their water hoses in the archives. Once I am happy that is being taken care of, I’ll head away, with Jack.’
‘Probably for the best.’
‘What about you, Joyce?’
‘Another week or so here, then home. You never know, they might want me to act up as Director, supervise the rebuilding.’
‘No better choice.’
‘Thank you sweetheart.’
Rio Dawson leant forward and kissed Joyce on the cheek. ‘Take care, Joyce. I’ll call again before you get home.’
‘You too, Rio.’

Rio got up from the bed, turned and headed for the door. On the TV she watched a model’s legs go on forever, down the catwalk. One life, she thought again, and closed the door behind her.
Posted by Roger Derham at Wednesday, August 31, 2011