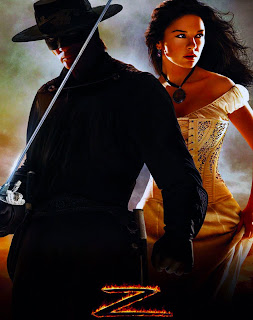 THE LEGEND
Plenty of time to think so thought back on it all.
The sequence:
The phone rings. I pick it up.
‘Howya Mick, are you going?’
I recognised the voice immediately and in the background the rhythm of O’Súilleabháin’s Heartwork. “Not sure. You?” I asked, waiting for his lead as usual.
“Why the hell not? They are offering special rates in the Carlton. They want me to give a bit of a speech. It would be a bit of craic and I get to annoy them all over again.”
“Yeah,” I said already sweating. Hannibal, Roger de Flor, Baibars, Collins, Patton, Moshe Dayan… instinctive, combustible, flawed, magnificent die-hard generals and then Jack Ffrench, a Tribesman, simply known in army-speak as The Legend. Retired but not forgotten. “Will I book?” I asked.
“Good Man. See you Saturday week. Will you drive?”
‘Do’nt I always?” I said but the line was already dead.
The dinner in the Officers mess was better than expected. All the stops pulled out. Veterans of all past peacekeeping missions attended. Presidential messages on satellite link and from current overseas deployments.
Tables of eight: ours included two serving female officers in full military dress. Both blonde, hair pulled back in tight bobs. The girl seated to the right of Jack with his encouragement drank too much too soon. “What are you doing now?” she asked. “What I’ve always done,” he said brusquely and then lost interest in whatever else it was she was trying to say. The officer opposite sipped and I caught her staring at him, biding her time: stalking The Legend. No surprise then when she offered at the end to drive us to the hotel. Out of uniform her hair flowed freely. She smelt of Chanel.
We had drinks in the lobby lounge. I made my excuses and headed for my room. Not much later could hear the giggles on the corridor outside. Then the pounding of the communal wall for what seemed like hours. Heard her leaving as the sun rose.
After waking went to breakfast: double helpings of Clonakilty. No sign of Jack. Went to his room. Door slightly ajar. Went in. Sprawled across the bed, ice-blue, wide-eyed, possibly a smile, and fully erect. Closed the eyes and covered The Legend, tried to pat it down.
Later still: full military honours, pomp and ceremony, reminisces and tears. At the graveside: shots in the air on the command of the blond stalker.
“Viagra mortis,” the forensic examiner said off-the-record.
“Exist-meister,” I thought.
Posted by Roger Derham at Sunday, March 11, 2012