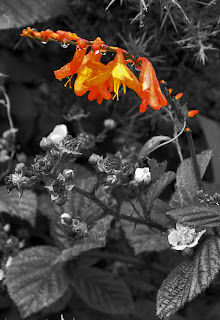 A 91 year-old woman promises to abstain from ‘wild sex’ in order to fully recuperate from a recent operation; a detailed discussion with a patient of the risks of an operation and whether at the end of that discussion there is any real comprehension of what an adverse outcome risk of 1/500 or 1/1000 really means; or whether the calculated probability of 1/625 of Asteroid 2011 AG5 hitting the earth in 2040 is of more relevance; or whether the reports of thirteen Syrian anti-government fighters being killed smuggling an injured photo-journalist out of Homs are true; a journalist injured in the same attack that killed the Sunday Times' Marie Colvin, whose chairman James Murdoch has resigned because of the News Corp’s sordid and illegal electronic intrusion into the lives of the living and the dead; or a woman who is both a patient and a friend whose teenage daughter is now physically abusing her; or a 14 year old-girl who is alleging a rape against an individual involved in a family feud; or correcting the structural anomalies of someone born with two uteruses and vaginas; or reading a medical journal article warning that some of the operations I undertake could be construed in an adversarial context as Female Genital Mutilation and run foul of the proposed FGM legislation in Ireland; or someone breaking down in tears when asked about an unexplained stillbirth that happened 30 years ago... and more, much more and all in the last 48 hours.
On reflection days like these always makes me question the nature of knowledge and the notion of truth.
Recently I was trying to get to grips with Plato’s Theaetetus (written circa 390 BCE ) dialogue on the nature of knowledge and came across the famous lines where Plato had Socrates quote Protogoras' contention that,
“man is the measure of all things, of the existence of the things that are and the non-existence of the things that are not.”
In other words where perception is everything and often taken to be the first denial of a ‘divine’ construct in the affairs of man, removing that uncertainty.
Almost 2400 years later, Donald Rumsfeld in a US State Department briefing on February 12, 2002, was determined to re-introduce that uncertainty when he said,
“Reports that say that something hasn't happened are always interesting to me, because as we know, there are known knowns; there are things we know we know. We also know there are known unknowns; that is to say we know there are some things we do not know.
But there are also unknown unknowns -- the ones we don't know we don't know.”
Uncertainty is a vacuum, a space devoid of truth and sometimes when faced with a stream of consciousness, both your own and of others, that vacuum, that space devoid of truth, of knowledge leaves you foundering. Philosophers exhaust their capabilities trying to understand and explain that uncertainty, the void between the object and the subject. To perceive almost immediately suggests a distance; that a focusing mechanism must be brought into play before knowledge or truth is evident.
And yet sometimes that revelation is no distance at all. Yesterday towards the end of my clinic there were two patients where appropriate and sustained medical intervention (by colleagues in a number of specialties) had transformed their lives of chronic disability and despair to one of hope and engagement.
My perception of both these women: their skin younger, their eyes sparkling, their voices gay was of a profound sense of a “Lightness of Being.”
And that’s the truth! 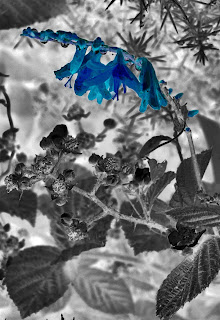