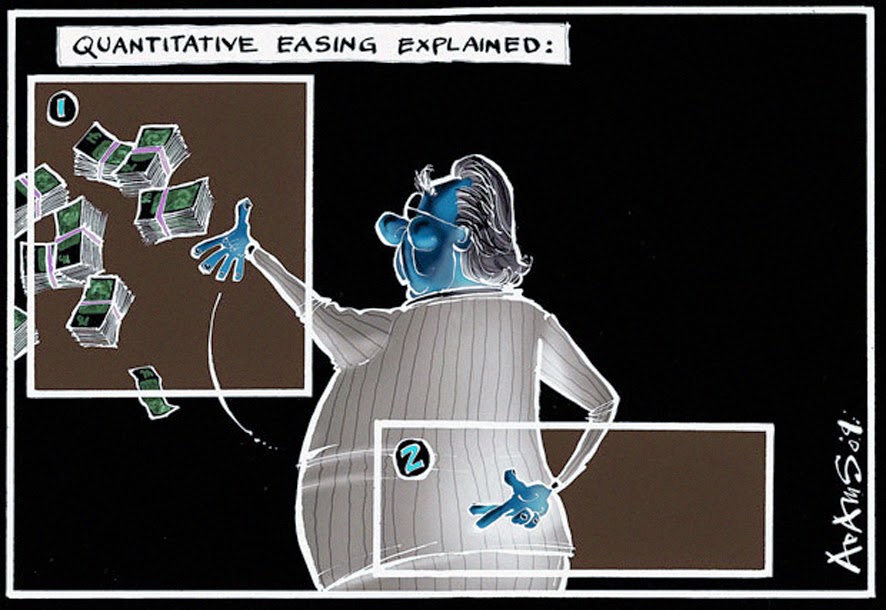 Going to bed yesterday evening I could not get the notion of Quantitative Easing and silver counterfeit coin out of my mind. Earlier in the day I had been doing some research for a possible trip to the island of Elba and how you could catch a ferry from the port of Piombino on the Etruscan coast. As is often the way diversions in the research brought me to Isabella de Mendoza Appiano, the wife of Alessandro Appiano, 11th Signore and 4th Papal Prince of Piombino and the nearby islands of Elba, Montechristo, Pianosa, Cerboli and Palmaiola. 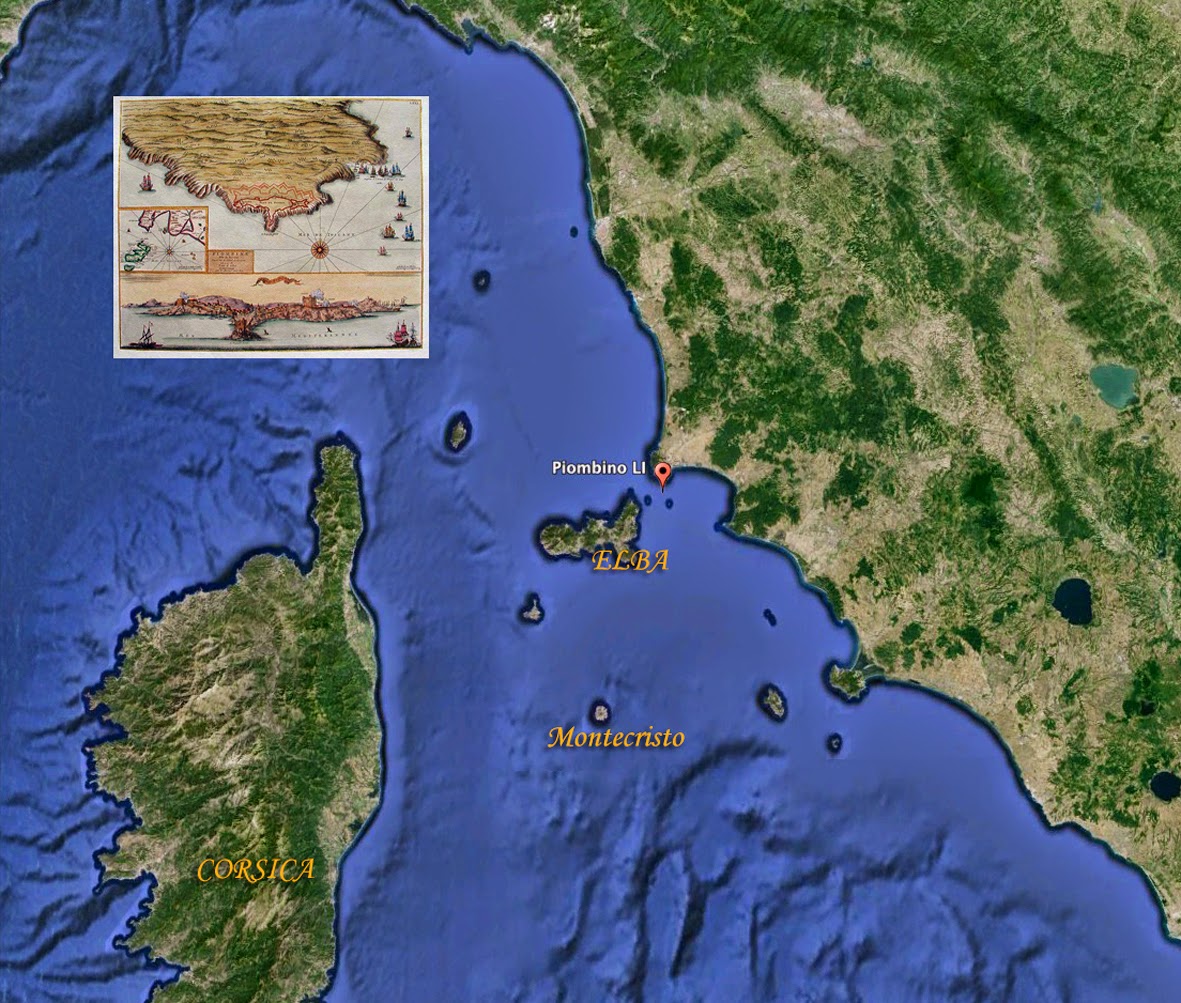 Isabella became regent of Piombino in 1589 when her husband was murdered by a group of conspirators that included Isabella’s lover,  Don Felix d’Aragona. A canny woman she managed to escape being incriminated and in February 1594 Rudolf II created the Imperial Principality of Piombino when he bestowed on Isabella the title of Princess. According to Fernand Braudel the following year Isabella was implicated in allowing the minting of debased silver coin on her territory thereby starting the downward fall in the perceived value of silver in the Mediterranean region. 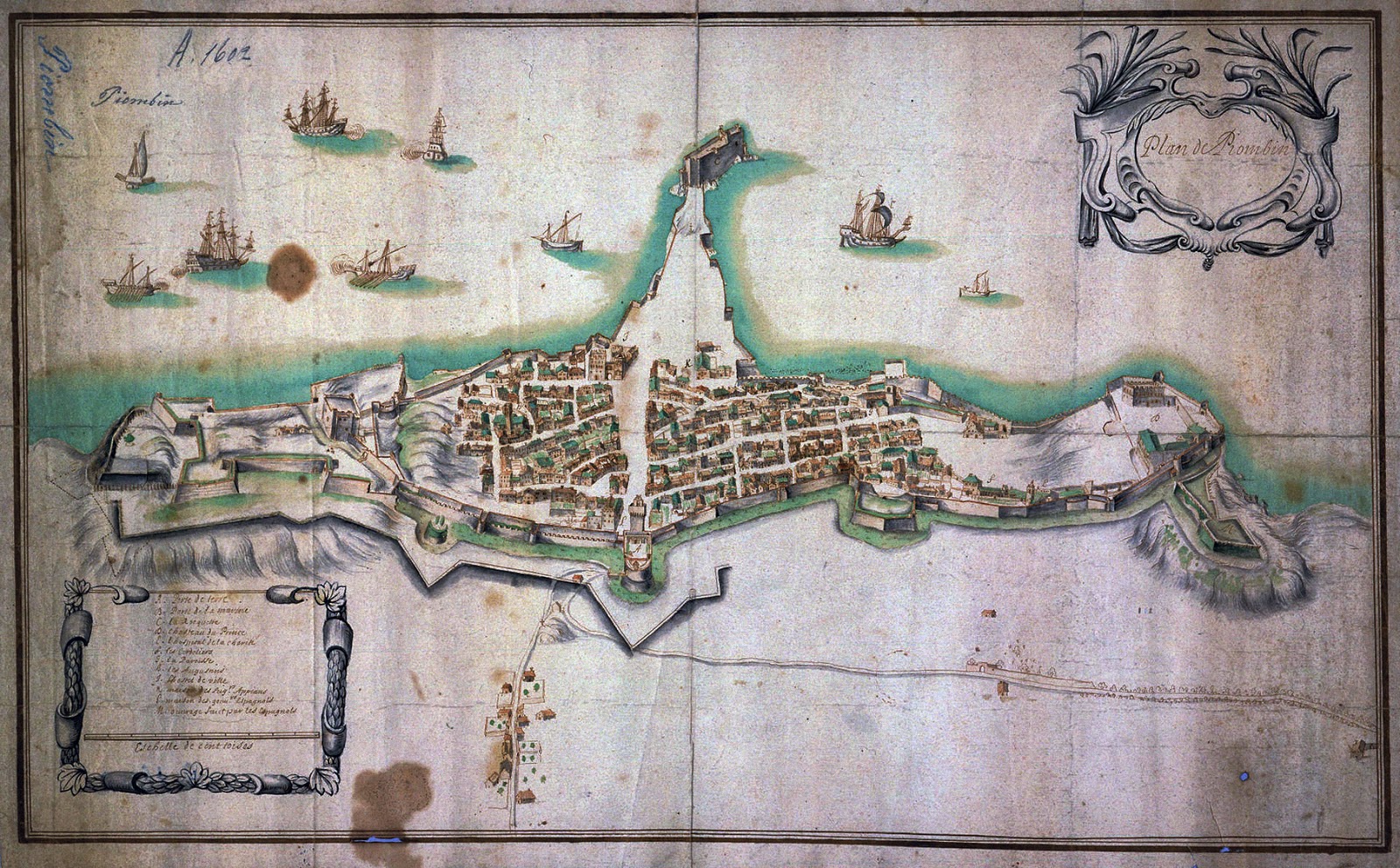 In my dreams I thought of Isabella and Mario Draghi:

Sometime in the early autumn Mari Draghi, having spent some of his €378,240 salary on a good summer holiday, must have wandered energised into the new headquarters of the European Central Bank, the Grossmarkthalle in Frankfurt – perhaps from the nearby Venusberg Bar or Tango Academy – and called the brightest and the best of the young economists working for the ECB together, and said to them,

‘Right Lads (gender neutral)! We need a plan with some economic credibility in order to get the Eurozone out of the cesspool we are in. Come back to me in ten days with proposals.’ With that he got up and left, ‘I must get back to my Tango.’

Twenty days later, after hitting an economic insight brick wall the smell of defeat hung heavy in the skyscraper penthouse meeting room. Draghi was sweating profusely in his leotard as he glared down the table. ‘This is all crap. Can somebody here not come up with a better proposal.’

At that moment a young economic intern from Greece, having just written a paper on Fernand Braudel’s analysis of the devaluation of silver in the 16th Century in his La Méditerranée et la Monde Méditerranéen à l’époque de Philippe II, wandered in with some briefing papers. Draghi turned on him. ‘You there. What’s your name?’

‘Nicholaides sir’, the young man replied with the curt confidence of someone who had done his entire compulsory 9-month military service serving on board the presidential yacht on that same Mediterranean Sea.

‘Well what would your solution be?’ Draghi demanded.

Nicholaides hesitated for a moment but then said, ‘I’d print more money but give it back to the national central banks to distribute.’

Somebody muttered ‘Fuck’ in the room. They had, up to that moment, managed with economic obfuscation not to mention the terminal action of a desperate economist.

Nicholaides sensed the implosion and hurriedly continued, ‘I’d call it something else though. You must shift the attention from here to the periphery; a confounding reversal of the centralisation policies of the past five years. Suddenly it would be perceived as a pro-active radical approach on the part of the ECB. Centrifugal facilitation of credit.’

‘And blame’, another voice muttered.

Draghi stopped plucking at his chest hair and looked at Nicholaides. ‘We need a better name for the process.’

Everybody in the room looked aghast at each other. He is not seriously going to go with it, is he they thought to themselves. Jaanika, a flame-haired 40-something senior economist from Estonia spoke as she sketched on her iPad,

‘Why not call it Quantitative Easing like the Japanese did in 2000 and the Americans in 2008 but incorporate the Euro logo in the term like this….’

The image appeared on all their screens simultaneously: Q€

Draghi was beside himself with the excitement of it. He knew instinctively that Q€ was in essence and substance for him and the ECB an Economic Nocturnal Emission (EN€) or ‘wet-dream’. He wiped a tear from his eye. ‘Q€! I like that. Right. Work this up and calculate how much we must print to give to the national central banks on a monthly basis and for how long in order to stimulate the economies. I want this done and be ready to be announced after I return from skiing in the New Year and before Davos. Jaanika a word with you please.’

The room cleared. Draghi walked to the far end of the table were Jaanika remained seated. ‘I want you to work up a top secret position paper for me on this proposal so I can bring it to the Swiss.’

‘The Swiss?’ she asked, puzzled.

‘I’ll delegate young Nicholaides to help you…. As a present from me’, Draghi said from the doorway.

Later, sitting on the private jet that was bringing him home to Rome, Draghi watched from the window the Etruscan coast passing below as the plane began its descent. He could make out the island of Elba and the mainland town of Piombino. Bugger devaluation, he thought. With Q€ in place, he was the new Prince!!! 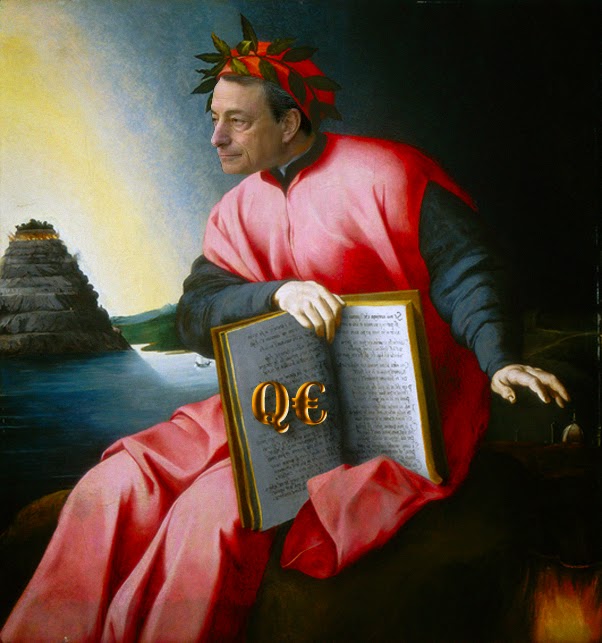 
I woke up thinking of the silver coin that Isabella had debased. It was called by locals the Grazia, because of the inscription Dei Gratia or D.G. that followed the initials of the ruler on it. I could see the ECB doing the same on their next batch of Euros.
Posted by Roger Derham at Saturday, January 24, 2015