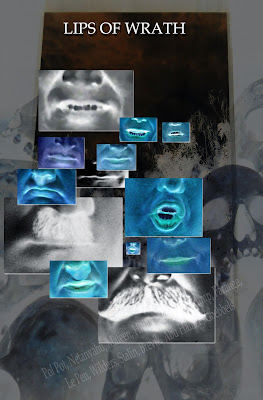 The great post-World War II experiments, designed to negate such devastation occurring again, such as the United Nations and the EEC (a.k.a. European Union) are now in significant danger of imploding, rendered by an administrative excess and a communicative deficit. The purpose has been drowned by the process. Into that void have stepped Pol Pot, Milosevic, Abu Hamza, Netanyahu, Breivik, Mateen, Le Pen, Trump and so many more, lip-synching with the possibilities of power, and the propaganda of deceit of eugenic, religious, geographic and/or political purity, and perpetuating a wrath in pursuit of these aims previously orchestrated by the likes of Hitler and Stalin.

And to what end!

50 years, perhaps 80 years at most, from now, the subsistence conditions, or more accurately the sub-existence conditions of an over-populated Pakistan and India, North and Equatorial Africa, Central America and China will force an "existence" migration, an existence confrontation which in addition to regional and supra-regional destruction will overwhelm any "Western" right-wing anti-immigrant pograms or ghettoisation.

We need to work with what we have and try to anticipate and manage what is coming without any ideological entrenchment. Those lines of entrenchment will, ultimately, not be barriers but conduits. We have to be open to the distinct likelihood that defined borders will no longer exist, can no longer exist, and we as a world society will have to adjust to defining areas which can sustain or can be made to sustain human existence rather than trying to exclude others from that existence. That is the prescription for our immediate future. There is really no other choice.