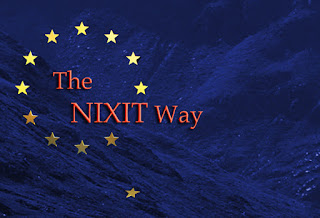 The Irish National Tourism Development Authority or Fáilte Ireland's establishment of the Wild Atlantic Way concept (http://www.failteireland.ie/Wild-Atlantic-Way.aspx) as a way of touring and exploring the West Coast of Ireland, has been a tremendous marketing success on an international basis but more importantly also for home-based Irish tourism. As a consequence attention is now shifting to other regions of the country to try and develop similar projects. The most recent of these is the Ancient East concept (http://www.failteireland.ie/Ireland-s-Ancient-East.aspx).

I would like to suggest to Fáilte Ireland that in the light of BREXIT and the planned leaving of the United Kingdom and Northern Ireland from the EU that a route mapped out along the EU-Northern Ireland border would provide an equally exciting and surprising inland route. Think of the history ancient and modern, and of the legacy ancient and modern. There is something about borders that is endlessly fascinating and with the UK exiting this will be their only land border with the EU...that is of course until Scotland secedes. So now is the time to act.

Tongue-firmly-in-cheek I would like to consider calling the inland route the NI-XIT WAY! 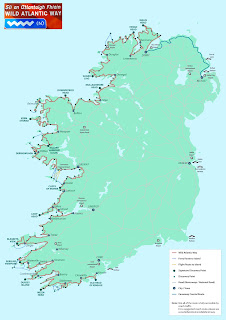 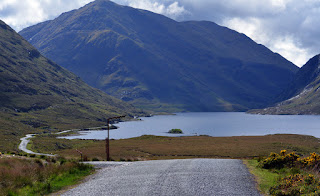 Signage of a particular waypoint of interest on the WAW at Doolough Co. Mayo. The type of signage chosen has caused a good deal of commentary and objection. 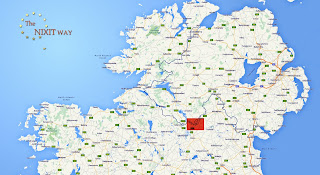 The border between the EU and the UK & Northern Ireland. The NIXIT way can be routed fairly close to the border for most of its journey with perhaps some improvement of secondary and local roads. 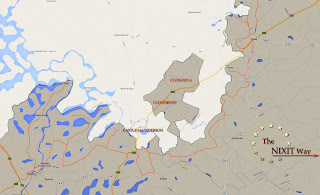 Highlighting one area on the proposed NIXIT Way that in essence is the Republic of Ireland's mini version of Nagorno-Karabakh! The town lands of Clonooney and Clonowla have no direct road access to the remainder of the Republic and one must traverse the EU-UK border to get there. Unless of course you have an amphibious vehicle to cross over the 60 meters stretch of the Finn River at the neck of the enclave. 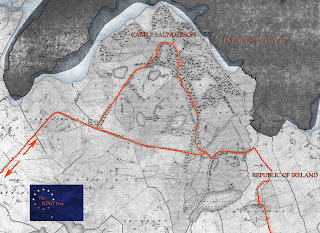 Imagine the traveller on the NIXIT way, 10 years from now, detouring to visit Castle Saunderson for some breakfast at the International Scout Centre which is now based at the castle. The Castle was once the O'Reilly of the Kingdom of Breffni stronghold but was acquired by the Saunderson family during the Ulster Plantation in the 1620s.  Edward Saunderson, a member of the family, was a founding member of the Ulster Unionist Party, a party that existed only to maintain the Union of Northern Ireland with the United Kingdom.

Imagine that traveller sharing the early morning repast with Latvian and Croatian members of the EU Border Police Force, established in 2017 in response to Brexit and the migration crisis, and indulging in a continental breakfast of rich coffee, croissants and a selection of French cheeses and German meats. From across the nearby border the smell of an Ulster Fry wafts on the wind and a realisation that 150 meters away from where they sat the rights and liberties of everybody guaranteed by the European Convention on Human Rights have been repealed and those liberties now depend on the limited scope offered by the 1251 Magna Carta, proclaimed around the time that the Kingdom of Breffni split into two parts: the West (Leitrim) ruled by the O'Rourkes and the East (Cavan) ruled by the O'Reilly's from what was now Scouting Ireland's Castle Saunderson and where breakfast was being enjoyed.

This is the essence of what the NIXIT Way could become. 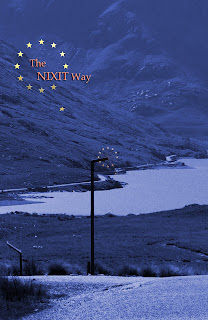