The Simurgh and the Nightingale (Part 15) 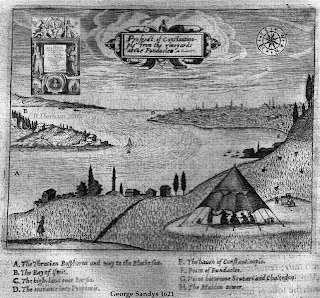 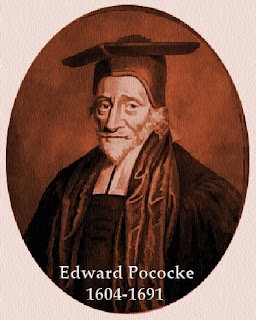 Pococke although relieved had a puzzled look on his face. “Mission, my Lord Archbishop! What do you have you in mind?”
Laud dithered somewhat before coming to the point. “I want . . . I want you to return to the Levant.”
Pococke sat bolt upright in his chair. “But my Lord, I have only just taken up the Chair of Arabic Studies that you created for me in Oxford. Why return now?”
Laud motioned for Pococke to relax. “As you are now aware the King and I are been assailed by our detractors and it is essential that we collect ammunition with which we can suppress their rantings. There is news of an ancient manuscript in the hands of Patriarch Loukaris in Constantinople which might be all the gunpowder we would need to blow those pestilent Puritans out of their righteous waters. I want you to go back there and try and obtain it.”
Pococke’s face suddenly beamed with obvious excitement. Laud knew he had chosen well and his young protégés legendary appetite for sourcing and collecting old manuscripts was obviously true. “What manuscript?”
Laud took a great deal of time to detail what information he had concerning the provenance and purported contents of the Scrolls. It was late in the night as he finished explaining, “This mission is extremely urgent as I fear for the King’s rule. The country’s mood is becoming ugly firstly at losing their parliamentary voice and secondly at the reintroduction of ship-money. Despite the undoubted brilliance of the King’s lawyer, the late William Noy, and his master-stroke of developing the concept of royal patents to replace monopolies, and his advocacy of ancient ship-money levies to further line the royal purse, has left us with a legacy which has alienated much of his Majesty’s support. Our Church reforms are further fanning the fires. The Scrolls could offer salvation.”
In truth Pococke was little interested in the politics but the thought of retrieving the Scrolls excited his agile intellect. “Of course I will go.”
Laud smiled indulgently and shook his hand. “Good man Pococke. I knew I could count on you. I must warn you, however, that you must be on your guard as there are others who also seek the manuscripts. I also want you to impress on Loukaris that his life is endangered. I have it on good authority from Santa Clara that the French are anxious to dispose of him. Some dispute regarding the Holy Sites in Jerusalem, I am informed. I count Loukaris and Wentworth among my most intimate confidants.”
©R.Derham 2001,2009
Posted by Roger Derham at Saturday, April 11, 2009