The Simurgh and the Nightingale (Part 18) 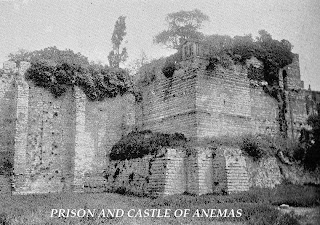 Chapter 32
Prison of Anemas, Constantinople
11th November 1637
The group descended a spiral serpent-like passageway to an apartment which lay immediately below the first chamber they had previously been in. Entering Catherine surveyed the room. Above she noticed a small circular aperture in the roof that appeared to connect to the upper chamber and shed a beam of dusty light onto a small table in the centre of the room where there were jugs of wine and plates of figs laid out. A number of low benches surrounded the table and high on the wall at the far end of the chamber - resting in a niche - was a carved head made of some kind of emerald coloured stone. Catherine was transfixed by its green aura. The pir joined her.
“Beautiful is it not?”
Catherine could not take her eyes off the carving and nodded her head slowly.
“All that remains of the statue of Minerva of Lindia, carved by Scyllis and Dipoenus and presented by Sesostris, King of Egypt to Cleobulus, King of Lindia in recognition of his renowned wisdom. Its emerald antiquity is the fulcrum of our tekke. ”
Catherine was puzzled. “I do not understand,” she whispered.
The pir did not answer but taking her arm gently led her back to a low bench and seated her close to him. The others took their seats and for the first time Catherine could make out their faces and was surprised by some of their smiles of recognition. The pir held her hand and that of the person on his right. All of the others followed suit until the circle was complete.
The pir then addressed the gathering in a quiet voice, “We who have passed through the door of marifet, and the mystical secrets it hides, will for ever be kept within the merging of this circle. With the initiation of Catherine, once again the Lodge of the Khorram-Dinan has its 30 members and thus we can all continue our individual Paths. Before proceeding any further it is opportune to introduce ourselves to our new member.” He turned to Catherine. “I am Chelebi Kalender Oglu and on your left is Solakzade the Sultan’s historiographer. Next to him is Evliya Effendi a writer and beyond him Husseyn the nahib of the salted beef guild. Next is Murad of course and you also know the Patriarch Loukaris. After him is Issac ben Jacob, of Palermo.” 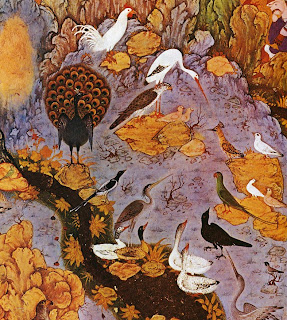