The Simurgh and the Nightingale (Part 24) 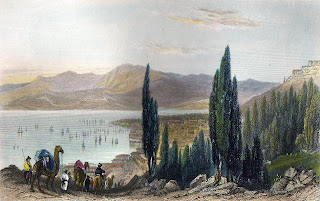 Chapter 38
Velvet Castle, Smyrna, Turkey.
October 12th 1638
The journey from Tvanshanli through the parched ravines and scorched plateaux of the Anatolian highlands had taken them the best part of a week. But now, as they dismounted in the outer courtyard of the Velvet Castle, they could see city of Smyrna below them with the topaz-blue waters of its bay beyond. In the roads were numerous ships waiting to discharge their cargo and others waiting to take onboard the huge cotton bales that were piled high on the quayside.
Djivo’s attention was drawn to a bleeding wound on one of his horse’s forelocks. As he was about to bend down and inspect it one of the gate sentries approached their group. Catherine moved towards the soldier and he was about to ignore her until surprised when she addressed him in Turkish. She said that she wished to see the Aga and indicated that she was relaying a message from his fellow Aga and friend - Murad Corbasi - in Broussa. The sentry turned smartly on his heel and almost ran back to the gate to relay the conversation. Presently the soldier returned. This time he was accompanied by an odabasi who ordered Catherine to return with him inside the fortress. She looked briefly at Djivo before following the officer. He waved her on before turning back to attend the horse. 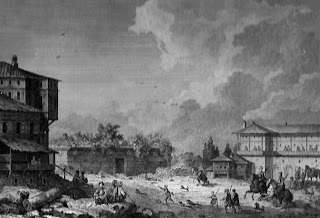 Although they would not be needing the horses for much longer Djivo was relieved - after cleaning away the congealed blood and dirt - to see that the wound was very superficial and causing no pain to the animal. He stood up and had just begun to unload their baggage when he saw a small troop of horsemen gallop at high speed into the courtyard. They pulled to a sudden halt opposite the gate. It was only when the dust cloud thrown up by the hooves had cleared that Djivo recognised the two lead figures as Dermico O’Driscoll and Marco Comneno. They were escorted by four siphai cavalrymen elaborately dressed in the uniform of the Grand Vizier’s personal guard and riding horses that had obviously been captured in the Sultan’s Persian campaigns. Djivo could see that the panting animals were branded with the tulip mark of the Shah’s royal stables. He hesitated for a moment before stepping out into full view from behind his horse.
The two Europeans had dismounted quickly and were brushing away the accumulated dust from their Cavalier hats when Dermico O’Driscoll suddenly saw Djivo. He immediately rushed towards him. Djivo stayed where he was but shouted out a greeting. “This is a chance meeting, is it not O’Driscoll? ”
The Irishman’s face was a contortion of anger and sneering malevolence. “Do not toy with me Slavujovic. I have chased after you these past two weeks and my patience is sorely at an end. Hand over the Scrolls this instant. Their recovery is my sworn duty and you had better not obstruct me.” 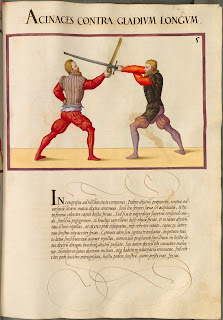