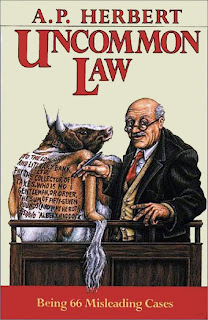 CONTEMPT
The mid-afternoon air in the stuffy courtroom was stifling hot. Housed as it was on a temporary basis in the building where Delaney’s Fairy Dancers and Fiddle Players had previously practiced, it had neither air-conditioning, acoustics, nor gravitas.
A slightly angular man, in his early 40s shuffled across the battered floor to the witness box, gave his name and made a solemn affirmation. The judge mopped his forehead and looked at his watch. “I understand you are representing yourself Mr Murphy.”
“I am An Chúirt,” Alphonse replied.
“It’s ‘A Bhreithimh’ in the District Court,” the judge said wearily.
“Noted,” Alphonse said.
The judge nodded to the prosecuting barrister to begin his examination. The young lawyer busy reading his brief and without looking at the witness asked, “What age are you?” There was silence in the court. Alphonse Murphy busied himself taking a notebook and pen from his pocket. “Mr Murphy I asked you a question,” the barrister said looking at the judge.
‘I had no idea you were asking me a question… me specifically that is,” Alphonse replied.
The judge leant forward. “What are you doing Mr Murphy. You must give your attention to the court.”
“I am taking notes. Anyone, witness or spectator can take notes. Can’t they?”
“Please answer the question.”
“42. Thereabouts!”
“You are a regular patron of Mackey’s Pub Mr Murphy. Yes or No will suffice,” the barrister continued.
Alphonse wrote furiously. “Yes,” he replied.
“Thank you,” the barrister said with theatrical exasperation. “You are unemployed are you not?”
“I am a humanist,” Alphonse replied. There was laughter from the small group of spectators.
“That is not what I asked you,” the barrister spat. “Are you unemployed Yes or No.”
“I cannot answer that question,” Alphonse said defiantly.
“Judge,” the barrister pleaded.
“You will Mr Murphy,” the judge said angrily.
“It is not relevant to my case and therefore I respectfully decline to answer,” Alphonse said quietly.
“Do you not think, if you could stop bloody writing for one moment, that young Mr. Griffith here might be doing you a favour Mr. Murphy. If you are unemployed it might be a factor in modifying any punishment you receive.”
“I assume I am yet innocent A Bhreithimh. In any event I do not want pity I want a job. Unemployment has a multi-factorial aetiology, which cannot be answered truthfully with a simple yes or no answer. Like I said,” Murphy said reading from his notebook. “The question is not relevant to my case and I have a legitimate expectation of procedural fairness by your self and the court. It is my right.”
The judge stood up, shaking. “Unfortunately in here I am the sole arbiter of your rights Mr. Murphy and am holding you in contempt. You will be jailed until you purge that contempt. Take him down,” the judge barked at the court officials.
“Jasus,” a spectator said at the back of the courtroom. “What was he up for?” he asked his friend.
“After hours drinking.”
©R.Derham 2011
Posted by Roger Derham at Wednesday, December 21, 2011