Chronohelios – The Double Helix of Spacetime? 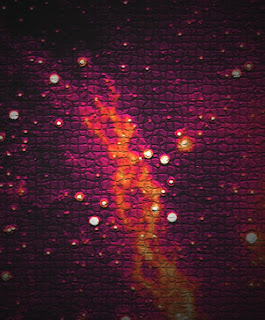 I was reading recently portions of James Lovelock’s revisitation of his Gaia theory – the Earth as an entire living, breathing organism – and of his quite pessimistic forecasts of eventual implosion. This is entirely logical. Like any living, breathing organism there is an obvious limit to Earth’s physical coping mechanisms when confronted by sustained and intense stress – humans, in contrast, by virtue of their capacity to reason also have an further layer of coping mechanism developed in their individual psychology – and there is no doubt that when we build a world economy based on an estimated commodity worth of basic human requirements for food, water, shelter, etc by layering that notion of worth with the principles of pleasure and accumulation then it is inevitable that those requirements cannot be met indefinitely because of greed. Most western economies have encouraged that human ‘greed’ principle at the expense of exhausting finite planetary resources. And to what eventual purpose? Human pleasure is both an ephemeral and transitory state and has had, and continues to have, either in its attainment or denial an enormous capability to overwhelm both physical and psychological coping. And the sad thing is we actually understand how we are imploding, how we seek to manipulate to the very end the DNA of our genesis and our survival.
Where to next, we wonder. Is there somewhere beyond our galaxy that could provide a viable solution? And if we could get there will we exploit as we have always exploited?
On the question of travel I am not in any way capable of understanding the physics of spacetime, and am thus uncertain whether the limitations of my imagination – and possible inter-galactic travel – are contained by a quantum, a geodesic or a string. I do wonder however that if we accept that our own planet is a living organism then the foundation of that whole organism even in its smallest manifestation must in all likelihood be the double-helical structure of DNA. As a logical extension of a physical structure that is proven to work is it not conceivable that our planet, our galaxy, the entire universe might be linked by a double helix of spacetime, the chronohelios. Could this explain the inconsistencies, the differing interpretations?
Once we do understand then we can at last understand the constraints.
Posted by Roger Derham at Friday, February 13, 2009