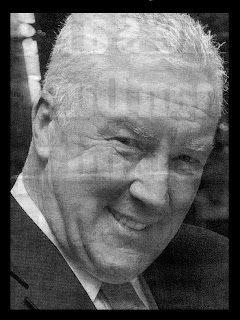 John, my next-door neighbour, died today. A 51 year-old father of three he had been an instigator and beneficiary of the ‘Celtic Tiger’ development surge both at home and abroad over the past 10 years. I can only suppose that with the financial and credit implosion caused by the worldwide recession he must have come under enormous personal pressure in trying to uphold his commitments. I wish I could have helped in someway but I had no idea that the pressures that must have been applied were so severe as to exhaust his coping mechanisms. We were not extremely close personal friends, in that we did not socialise together, but for 14 very happy years in our home he and his wife were the best neighbours you could ask for, a life-journey of association that had been marked at the beginning with the privilege of my delivering their youngest child. With a presumed suicide death that is not perceived as heroic people often cruelly comment that it is an extremely selfish gesture, an abrogation of responsibility, on the part of the deceased. John was one of the least selfish people that I have known. I fully understand that others may have had a different perception, a different encounter with John but I can only speak for myself. The abridgement of his life is a terrible waste.
May he rest in peace . . . now!
Posted by Roger Derham at Friday, February 27, 2009